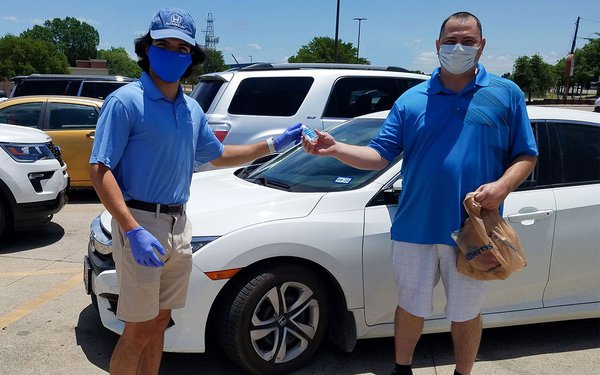 The San Diego Honda Dealers Association has appointed Secret Weapon Marketing as the dealer group’s agency of record to oversee creative for the local network of 10 dealerships.

Secret Weapon had a “secret weapon” so to speak to land this account. The agency originally created the Helpful Honda campaign for its client, the SoCal Honda Dealers Association, in 2007. The campaign — documenting random acts of kindness by Honda blue-shirted workers — expanded to North Texas in 2017 and has notched several awards, including MediaPost’s Marketing Automotive Awards in 2019.

“Customers can’t have a preference if they can’t see a difference,” says Rick Sittig, Founder and Creative Director of Secret Weapon Marketing. “That is especially true in the world of car dealer advertising, where there has been a sea of sameness for decades.”

Now, The San Diego Honda Dealers Association is working with Sittig’s agency to introduce the Helpful campaign to its region for the first time. The integrated campaign includes TV commercials and radio spots, online and out-of-home advertising, as well as real world engagements with the Helpful Honda people always out and about in blue shirts engaging in what they call “Random Acts of Helpfulness.”

To notify the community of this mission, the effort kicks off with three TV ads, with “Stop Shouting, Start Helping,” introducing what “helpful” and “car dealers” look like together.

The other two spots capture real world Random Acts of Helpfulness in “Car Wash” and “Food Bank,” as the Helpful Honda People surprise real residents during their daily life.
Sample the work here.

Offline, the team has dispatched a big, blue “Helpful” tanker truck to pump free gas for drivers through Veteran’s Day. Location tips will be announced on Facebook.