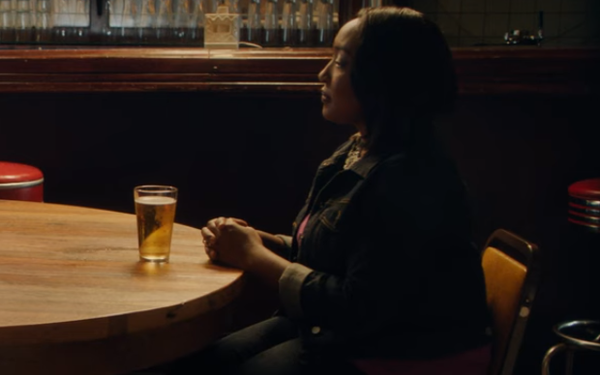 Anheuser-Busch and its most famous brand, Budweiser, have just started a scholarship fund aimed at increasing the number of Black brewmasters in the business, named for the one it has at the helm of the brewery at its St. Louis headquarters. It’s being administered with the aid of the United Negro College Fund.

Budweiser will award 25 scholarships annually, valued at $4,000 each. Additionally, five intern scholars will each receive a $6,000 scholarship to pay for their final year of school.

The scholarship is being promoted in a short video that will run on social media, called “Brewing Change,” featuring former NBA star Dwyane Wade and Johnson discussing the beer business inside a funky saloon, ending with Wade telling her about the new scholarship in her honor.

“In the beer industry in general, we have a lot to do on the face of diversity. There are huge opportunities to close the gap. There’s not many Natalie Johnsons that you see,” she tells Wade, who is credited as the co-founder of the new alcohol-free Budweiser Zero beer and has been associated with the beermaker for years.

Monica Rustgi, the vice president of marketing for Budweiser, told Marketing Daily that Johnson  started as an intern 15 years and eventually became the senior brewmaster at the plant in New Jersey. Then she headed for St. Louis, where she gained the longer additional title of director of brewing for the North American zone operations, which includes the U.S and Canada.

Rustgi says  Anheuser Busch and its foundation have had  partnership with the UNCF for more than 40 years, and awarded over $2.5 million in UNCF grants resulting in 400 scholarships since 2011. She also touted Budweiser’s sponsorship of the Lou Rawls Parade of Stars, which she said helped raise millions for the fund.

Being a brewmaster at Anheuser-Busch is a job not many people get, regardless of race or sex. The brewing giant has only a dozen brewmasters nationwide.

In fact, the beer industry, especially craft brewers, have become uneasy about their record with hiring and mentoring Blacks and women.  The Brewers Association, which represents small craft brewers — about 6,000 of them — say Black brewers make up about just  1% of all the brewers out there.

“It’s one of the most tired clichés out there: Brewers are white, bearded dudes with potbellies who wear flannel and turn their noses up at your ‘regular beer,’” wrote an essaying on the food and booze website, The Takeout, last year.

The Brewers Association has hired a diversity ambassador, J. Nikol Jackson-Beckham, who has become well known for her blog, “The Unbearable Whiteness of Brewing.”

And various craft beers have started their own scholarships trying to draw Black students into the trade, along with pursuing other efforts to raise the profile of Black brewers.

In June, a Texas Black-owned craft brewery, Weathered Souls, introduced a new stout, called Black Is Beautiful, and invited any other beer out there to use (or modify) the recipe and use the labels and designs the company provided, with proceeds going to local organizations that work on policing reform and legal defenses for victims of police brutality. It also asked those brewers to commit to “long-term” efforts for racial equality.

About 400 breweries had signed on when Marketing Daily wrote about the effort in June. More than 1,100 brewers had joined when The New York Times wrote about it last month.