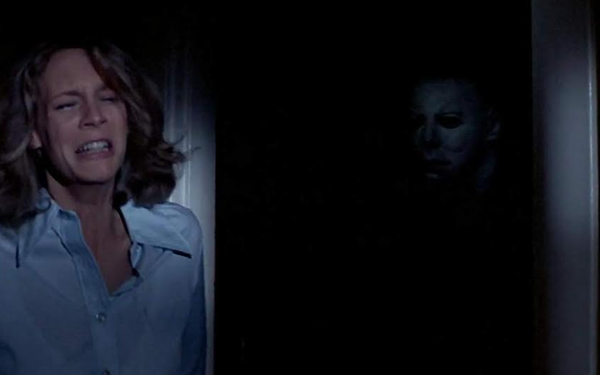 Here’s another scary thing we haven’t been able to get rid of in this COVID-19 era: those “Halloween” movies that have been made regularly since 1978.

The original, plus two others from the collection of 11, will be reprised in October at many drive-ins and some theaters, producers just announced.

It’s an opportunity for that gory franchise. Traditional movie theaters are open but don’t have much content to show, and not many people who want to sit inside to see it. Drive-ins have been rediscovered.

(Missing the two movies in between apparently doesn’t hurt viewers’ ability in follow along. Mainly, it’s about killing people. By one count, homicidal maniac Myers has killed 121 people over the lifetime of the franchise.)

“We think it will be great fun for our fans to go to drive-ins to see these films again,” says producer Malek Akkad, whose father, the late Moustapha Akkad, produced many versions of the series. “There are lots of young fans who have never been to one.”

Ryan Freimann, senior vice president of Trancas and Compass, lauded CineLife, which usually works with art houses, for helping to lasso drive-ins to take the movies. It’s not easy, he noted, because those theaters — there are about 300 left in the U.S. — are typically mom-and-pop operations (literally, sometimes) so each screen reached takes a lot of work.

The “Halloween” package will be on 225 screens, and over 170 of those are at drive-ins, in a couple dozen cities, including New York, Los Angeles, Chicago and Dallas, and smaller ones like Lexington,Kentucky, Sioux Falls, South Dakota and Dayton, Ohio.

The pandemic has slowed down the movie business to a crawl, after stopping it nearly completely in the early months of the crisis, so nostalgia and catering to the avid fan base the slasher “Halloween” movies maintain, must seem like a good opportunity in a flat market.

This reprise of old gore is happening at least in part because yet another installment in the series, called  “Halloween Kills,” was yanked from distribution starting next month because of the pandemic.
“That’s going to be the big one,” Akkad said. “Universal [Pictures] is distributing it and wants to give it a good send-off. They’re working on an IMax version.”

It’s been pushed back to Halloween 2021, which delays another planned  sequel--the 13th film--called “Halloween Ends” which sounds kind of definite. But wait. . . !