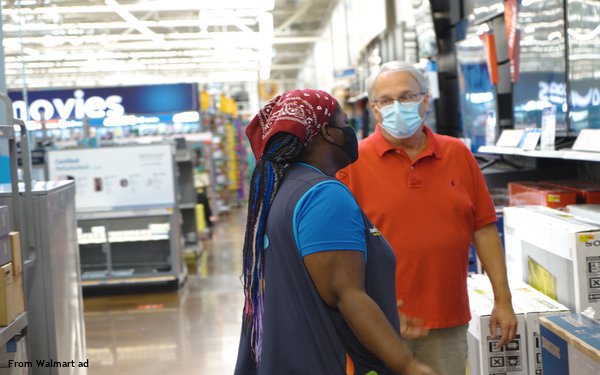 As a holiday season unlike any other inches closer, retailers are shaking up their usual plans. Both Walmart and Target announced new tactics, including epic increases in digital offers and fulfillment. And Amazon, which surprised everyone when it bumped Prime Day off the July calendar because of COVID-19, is reportedly poised to name Oct. 13 as the big day, ready to further rock consumers’ holiday shopping rhythm.

After watching shoppers closely for the last six months, Walmart says it’s adding 20,000 seasonal associates in its ecommerce fulfillment centers. It’s also making changes to keep shopping as safe and as low-contact as it can.

The chain is also bulking up on playtime products and says it intends to offer 1,300 new toys, including puzzles, games and Legos. Then there are 800 Walmart exclusives planned.

Pets also figure prominently in the plan, with an increased assortment of products for animal household members.

Timing will be more important. The Bentonville, Arkansas-based retailer says its research finds that one in three consumers plan to start holiday shopping before early November.

And while it’s holding off on specific Black Friday plans, it is promising “an all-new Black Friday experience.”

Target is also reinventing the season, doubling the number of workers focused on Drive Up and Order Pickup. (Demand for those services has quadrupled since the pandemic began.)

And like Walmart, it’s dedicated more front-of-store team members to disinfect carts, provide masks and measure access so guests can safely distance themselves.

Of course, all ecommerce eyes are on Amazon, with The Verge reporting it will declare Oct. 13 and 14 as Prime Day(s). An official announcement is expected Sept.
27.

Last year, analysts estimated the promotion event brought in around $6 billion in sales.

The big riddle, though, is how much shopping consumers will actually do. Morning Consult says that only 12% of respondents in its recent survey expect to shop in-store this Black Friday, and 52% say they plan to sit it out entirely.

Many also  intend to cut back, with 59% saying they will spend less than $300 on gifts this year, up from 50% last year. Because so many will restrict the size of holiday celebrations, consumers are also predicting fewer purchases of food, booze and other entertaining expenses.

But not all forecasts are so bleak. The International Council of Shopping Centers also released a survey that finds 53% of respondents have no plans to cut back on spending over the next five months.