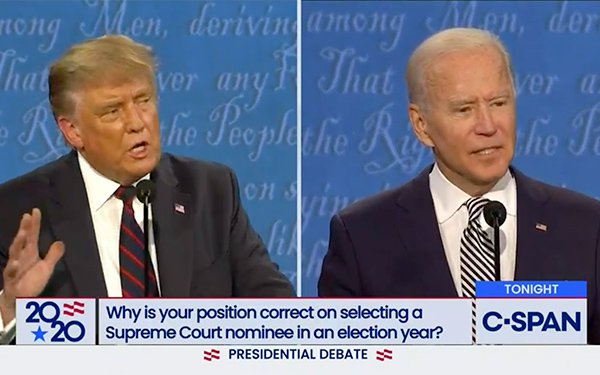 A wild Presidential debate TV rumble -- with the President continually interrupting, as noted by the moderator, Fox News Channel’s Chris Wallace -- did not pull in record levels of viewers.

Other networks that aired the debate include Univision, Telemundo, PBS, Newsmax, Newsy, Vice, and WGN America.

Vizio’s Inscape says CNN and MSNBC were the only two of those networks to show rising viewership, with programming analysis content that followed the actual debate.

Inscape says nearly 60% of smart TVs tuned in to the debate. Inscape has a panel of more than 16 million smart TV sets.