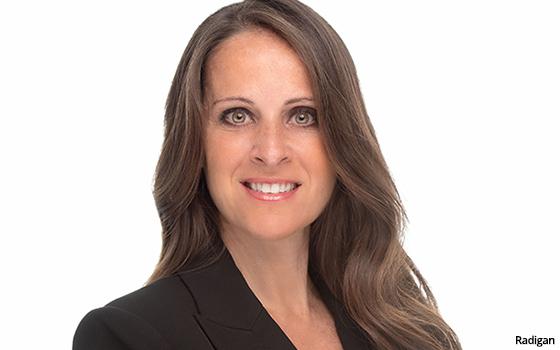 The Out-of-Home Advertising Association of America (OAAA) has appointed Christina Radigan as Chief Marketing Officer. Among her tasks: increase engagement and membership on the national and local levels.

Based in New York, but commuting frequently to Washington DC, she will report to OAAA President and CEO Anna Bager starting later this month.

Radigan joins the trade association from Omnicom. Most recently, she was managing director of marketing and communications, Outdoor Media Group.

Her 20-plus years in leading agency efforts to help brands with out-of-home will be tremendously valuable, says Bager. “Christina is a real champion for the medium and has longstanding relationships across the industry,” she said.

Radigan is no stranger to the organization having served on key committees for OAAA, as well as for the 4As, Geopath, and the MRC's Digital Place-based working committee.

Radigan replaces Stephen Freitas, a 25-year veteran of the OAAA, where he is currently serving as Executive Vice President of Industry Initiatives. Earlier this year, Freitas announced that he’ll retire at the end of 2020.