How The Pandemic Has Changed Agency Hiring Practices 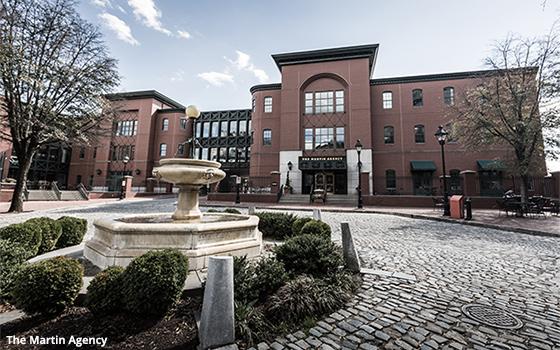 As with most aspects of the industry,  COVID-19 has disrupted agency hiring practices.  The Martin Agency and Fitzco shared their experiences with finding new team members.

Fitzco managers were shocked by the interest in an open media manager position, an entry-level role requiring two years of experience. The agency received 265 applications in one week, significantly higher than the standard 20 resumes they typically receive for similar openings.

The number of applicants was “absolutely overwhelming,” says Claire Russell, head of media, Fitzco. “Experience varied widely with many not even reading the job description or considering if it’s a fit. We saw everything from dog walkers to sandwich artists to people with 20 years of media experience.”

“LinkedIn Easy Apply makes it too easy, and applicants are throwing their hat into the ring for jobs all over the country to see what sticks,” Russell adds.

While applicants were from all over the country, the vast majority hailed from Los Angeles and New York City. Some were actually willing to move. Others were banking on this being virtual long enough that it would become a permanently remote position.

Agency leaders were somewhat taken aback because the job description clearly stated that it would eventually require a move. “I’m curious too if people were hoping to take something as a stop gap knowing it would be virtual right now until they could find something else,” Russell says.

Fitzco whittled down to a group of finalists, many of whom said they were in the final rounds with other companies, and their salary requirements put them into a higher level than the agency was considering.

The agency ultimately “up-leveled” the media manager role to senior specialist because “we were tempted by applicants with such rich experience,” says Russell. “Taylor Jones was a great fit for us because she not only had hands on digital experience at an agency, but she also had client experience – which is a rare combo early on in someone’s career.”

Since August, The Martin Agency’s has hired 30-plus people from a pool of over  1,200 applicants. One position received 40,000 views on LinkedIn.

Earlier this year Martin disclosed the racial makeup of its staff and committed to achieving greater diversity and representation within its ranks. Thirty percent of its new hires are POC and 50% come from historically underrepresented groups.

The agency now routinely asks candidates “How do you see yourself contributing to industry and agency-wide efforts in racial equity?”

Potential candidates are also asking more direct questions about diversity such as “Does Martin care about Black people?” agency execs say. They’re also asking about the impact of COVID-19, how secure the position is in light of the pandemic.

Above all, candidates are going above and beyond to be seen, some even emailing or commenting on CEO Kristen Cavallo’s LinkedIn posts. Cavallo has met directly with many who reach out to her and always forwards all candidates to the recruiting team. In fact, the agency said it’s readying to open 45 additional job postings in the coming week.

agency, employment
2 comments about "How The Pandemic Has Changed Agency Hiring Practices".
Check to receive email when comments are posted.
Read more comments >
Next story loading