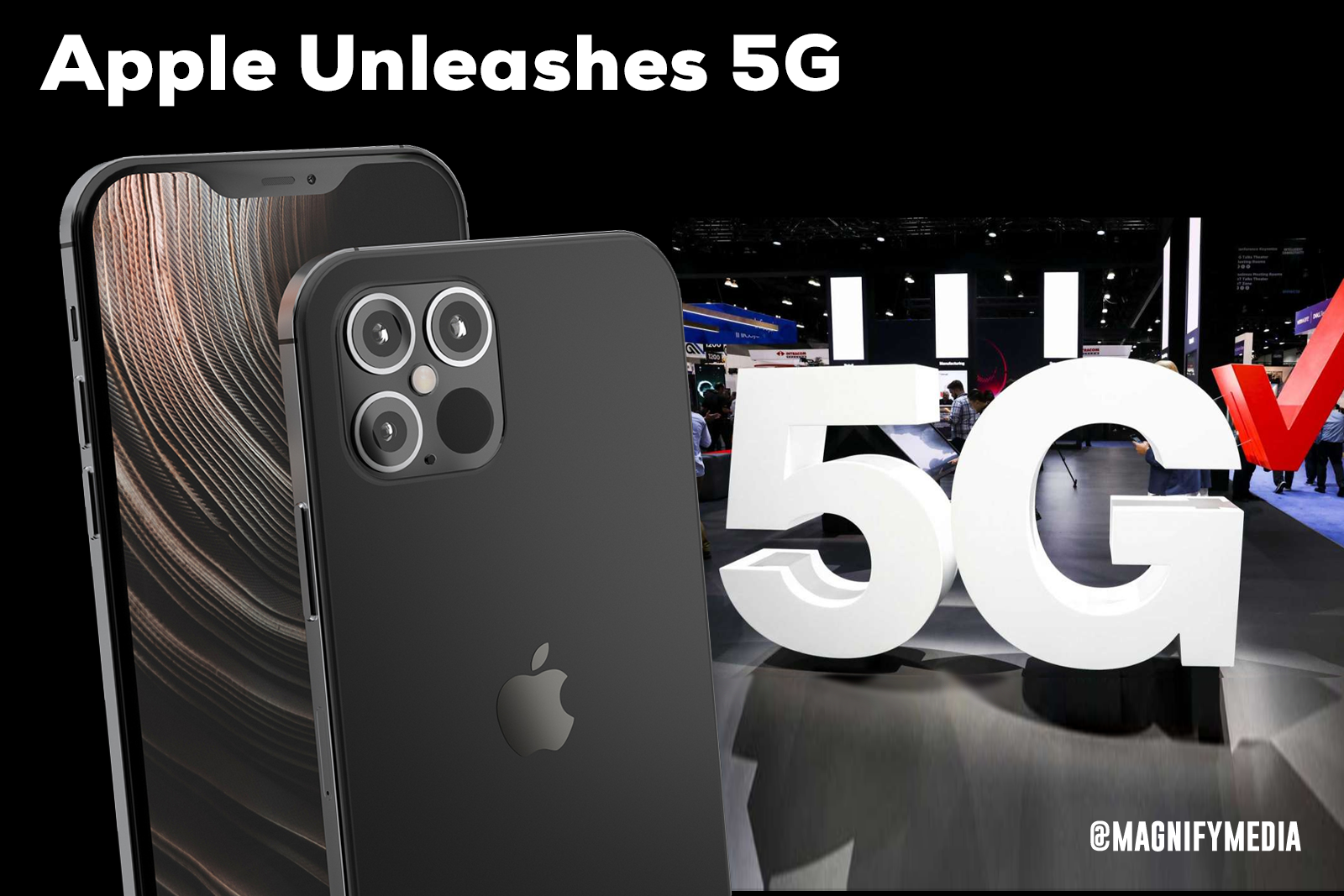 The thing about Apple that you have to remember is that it never has to be first.

In fact, part of its genius was known in the industry a being a “a fast follower." So when Apple releases the iPhone 12, it will effectively launch the 5G market in the U.S.

5G has been slowly but increasingly building out its network. Verizon, AT&T and T-Mobile have all been racing to be leaders.

Verizon 5G came to 35 cities in late May, including New York, Los Angeles, Houston, and Miami. And it plans to expand its super-fast millimeter-wave 5G network to 60 cities in 2020 as well as to launch a lower band nationwide this year as well.

5G connectivity is much, much faster than 4G LTE, which means we're going to be seeing far faster connection speeds to devices. But what does that really mean?

First of all, it’s a misconception that 5G is simply faster than 4G. If you think about how you use your phone today, connections are sometimes awesome, and sometimes not. Reliability in connections for watching Netflix and checking email is one thing, but if you’re talking about telemedicine, for example, you can’t expect a doctor who’s examining a patient, or providing a remote robotic procedure, to take the risk of a slow connection, or an unreliable one.

5G will be an always on, high-speed, high-bandwidth connection that will open up a new generation of applications and experiences once it’s deployed and consumers have 5G devices in their hands.

So Apple’s release of the iPhone 12 with 5G capability is sure to accelerate both consumer interest in 5G, carrier deployment of 5G, and entrepreneurial innovation for software and services in the new high-speed world.

Among the technologies to be clearly impacted by the rollout of 5G is the now burgeoning Internet of things, probably already in your life in ways big and small. Smartwatches, smart fire alarm, smart door lock, smart bicycle, medical sensors, fitness trackers, smart security system, even smart refrigerators, are examples of devices that could benefit from 5G

Ookla is tracking the global rollout of 5G networks through its Speedtest.net service, which you can use to check for yourself whether 5G is -- or isn't -- available in your area. The Speedtest interactive map lets you drill down to the city level to see which companies have deployed 5G.

So Apple's decision to join the 5G revolution is more than just a nifty new gizmo to generate excitement. It's the starting gun in a race to a new connected, mobile world. And... we're off!