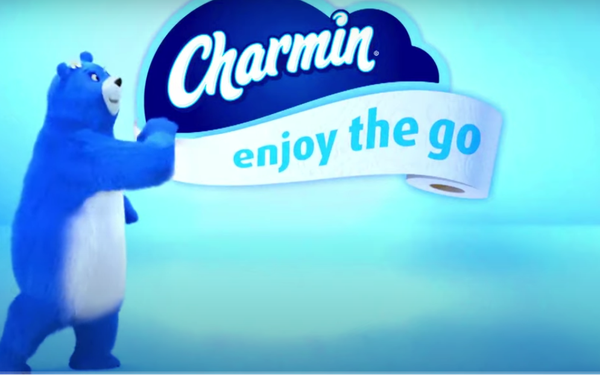 Procter & Gamble shareholders overwhelmingly approved a proposal urging the company to issue a report that increases its efforts to eliminate deforestation, with the implication that more needs to be done.

The vote was pegged a major victory for environmentalists concerned about P&G’s policies. Because of the company’s size and stature worldwide, it could send a loud statement to other consumer packaged goods manufacturers that paying attention to  environmental issues is becoming  a real factor with the public and Wall Street.

The shareholder proposal, sponsored  by the environmentally sensitive Green Century Equity Fund, passed Tuesday with over two-thirds of investors’ votes -- -and over the recommendation to vote against it from P&G’s board.

The Natural Resources Defense Council and others criticize P&G for  destroying boreal virgin forests in Canada harvested to make for Charmin toilet tissue,  while also disrupting indigenous populations living there. In Malaysia, where P&G gets palm oil used in Olay and other products, the company has been linked to suppliers that use forced labor.

“It is rare that investors ignore the advice of corporate leadership in such an overwhelming fashion”  said NRDC’s Shelly Vinyard, the manager of the organization’s campaign to defend the world’s boreal forests. “But by siding with concerned citizens, environmental and human rights organizations, the biggest asset managers are sending a strong message that P&G must do more.”

The proposal shareholders voted on states, “Procter and Gamble (PG) uses palm oil and forest pulp. These commodities are among the leading drivers of deforestation and forest degradation, which are responsible for approximately 12.5% of global greenhouse gas emissions and also contribute to biodiversity loss, soil erosion, disrupted rainfall patterns, land conflicts, and forced labor.”

The company’s advice for shareholders to reject the measure pointed to a lengthy list of efforts toward sustainability.

“Given the Company’s significant existing efforts, comprehensive policies, and extensive voluntary reporting on our work toward responsible forestry and palm oil in our supply chain, the Board of Directors believes that the proponent’s proposal would not substantially add to the Company’s reporting or to our progress,” it said in its recommendation to reject the proposal.  P&Gt has boasted that Charmin carries the Forest Stewardship Seal, certifying it’s grown and harvested in an ecologically sensitive manner.

A petition by Green Century (which owns over 60,000 shares of Procter & Gamble) used the potential of marketplace damage to make its case.

“The Company received negative attention from 115 NGOs [non-governmental organizations] for sourcing pulp from forests that serve as a substantial global carbon sink,”  the petition said. “ [P&G}  also received unfavorable coverage from media, including major outlets like Reuters, for failing to meet its 2020 zero-deforestation palm oil goal. Chain Reaction Research calculates [P&G’s] potential reputational losses at $41 billion, or 14 percent of equity, which ‘dwarfs the cost of solutions.’ . . . Failure to adopt and implement policies that mitigate these exposures may subject the Company to significant systemic and company-specific risks.”

The meeting was otherwise relatively contentious. Shareholders were also given the chance to vote on a proposal urging the Cincinnati-based CPG giant to unfurl its  “goals, metrics, and trends related to its promotion, recruitment, and retention of protected classes of employees,” to see how they match up with P&G’s public posture. That measure fell, but received 37% of shareholders’ votes.