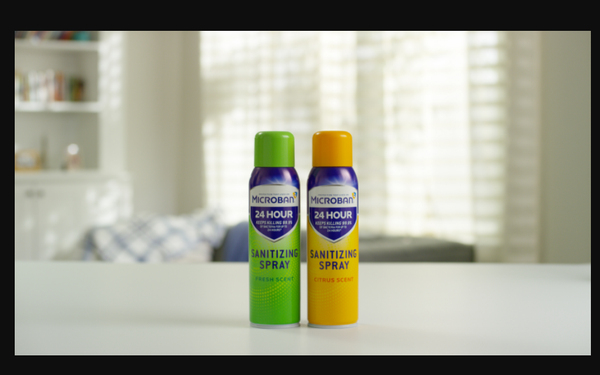 The EPA has now certified that Procter & Gamble’s Microban 24 Sanitizing Spray  is effective at killing  SARS-CoV-2, the virus that causes COVID-19.

That’s an important seal of approval that only a few other products, including Lysol, can claim.

It’s a good development for Microban 24, which was only introduced in February, almost simultaneously to the rise of COVID-19. In that short period of time, it’s racked up sales of $200 million.

That was the best that could be claimed under the EPA’s new Emerging Viral Pathogens policy that gave guidance while it did more specific testing.

To get the approval that Microban 24 kills a specific pathogen, P&G said, “the EPA must conduct a data review and provide approval. Microban 24 Sanitizing Spray has been tested by a third-party lab, in accordance with the EPA testing guidelines, and was shown to kill SARS-CoV-2 in 60 seconds.”

In a statement, Reckitt Benckiser, which makes Lysol, noted “The pandemic has heightened the societal importance of hygiene. We expect structurally higher levels of demand to persist longer term as new consumer cleaning and sanitation habits become engrained.”

Last week, the company reported sales in its hygiene unit, which includes Lysol, increased by 12.4% in its last reported quarter.

Likewise, P&G reported its biggest worldwide increase in sales since 2005 largely because of the purchases spurred by the pandemic, and now, increasingly for sales in its home care division.

P&G and  Reckitt Benckiser executives and analysts have noted that the super-cleaning spurt spawned by the crisis seems to have grown into an ingrained habit.

In September, P&G also began publicizing its new Tide Hygienic Clean detergent, which it claims is extra tough on stains. Though the new brand made no COVID-19 claims, it became the go-to detergent the NFL recommends when players swap jerseys with each other, kind of  a ritual in the sport that has now become more carefully monitored by the league because of the virus.

And before that, P&G began a program, CleanPLUS Experience, with digital and printed materials to show that designated hotels and restaurants were using its products to stay clean. Several hotel chains have similar programs with Lysol and other brands.