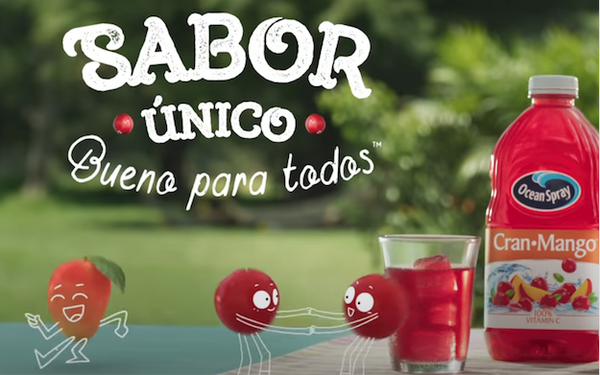 Hispanics comprise just 19% of the U.S. population but are “by far one of its fastest-growing segments,” according to research from Claritas.

“Hispanics are in their prime spending years and will be major contributors of consumer spending growth for years to come,” David Mesas, vice president of sales and business development for Claritas’ multicultural insights unit, wrote in a recent report.

These insights help to explain why more CPG brands are turning their focus to the Hispanic community or solidifying their presence therein.

While more than 50% of Cheetos’ sales “are in the Hispanic base,” there’s a broader strategy behind the Bad Bunny partnership, Solis tells Marketing Daily.

“He’s making such a mark on mainstream culture. It was important for us to partner with a strong Latino artist who goes beyond just the Hispanic, but really touches a broader base.”

Cheetos is contributing $500,000 to the Good Bunny Foundation, which Solis describes as an organization that “prides itself in educating young Latinos and making sure [they] get into the arts and make their mark on the world as well.”

The contribution is incremental to the more than $170 million that Frito-Lay parent PepsiCo says it will invest in Hispanic communities, businesses and efforts to increase Hispanic representation within the company.

it was designed to introduce cranberries to “new audiences” based on insight indicating that “Hispanic audiences were not familiar with cranberries as a fruit,” Ocean Spray said when announcing the initiative earlier this month.

Beer marketer Modelo—part of the Constellation Brands beer portfolio along with Corona Extra and Modelo Especial—is rolling out its second iteration of augmented reality outdoor murals in eight cities to celebrate the annual Dia de Los Muertos (Day Of The Dead) Mexican holiday.

The murals feature three-dimensional artwork of skeletons playing music. They can also be viewed at a dedicated website by scanning QR code with a mobile device.

“In recent years, we have seen an incredible 50% increase in general market drinkers,” Greg Gallagher, Modelo’s vice president of marketing, tells Marketing Daily. “Today, 55% of Modelo drinkers are Hispanic and 45% are general market. That said, 70% of the volume is still from Modelo’s Hispanic base.”

Moving to the soccer field, Post Consumer Brands’ Honey Bunches of Oats cereal announced this month that it is partnering with the LeagueSide organization to sponsor 16 U.S. youth soccer leagues.

HBOO has invested over $100k in youth soccer sponsorships in the past 18 months in addition to awarding scholarships. The move comes amid a cutback in scholarships and financial aid for youth players as a result of COVID-19. According to a Honey Bunches of Oats rep, more than 60% of league players are Hispanic or people of color.