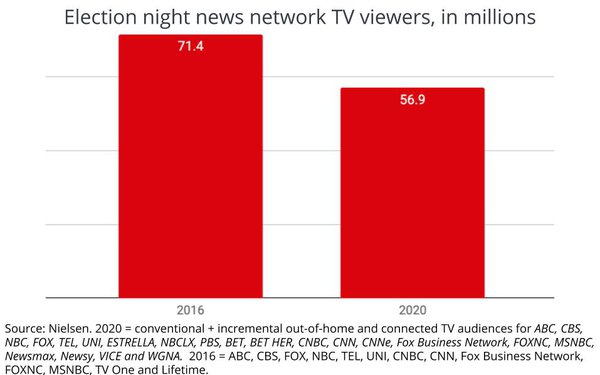 Nielsen says out-of-home (OOH) viewing as well as connected TV (CTV) viewing are included in this year's totals -- adding that CTV viewing amounted to as much as 11%.