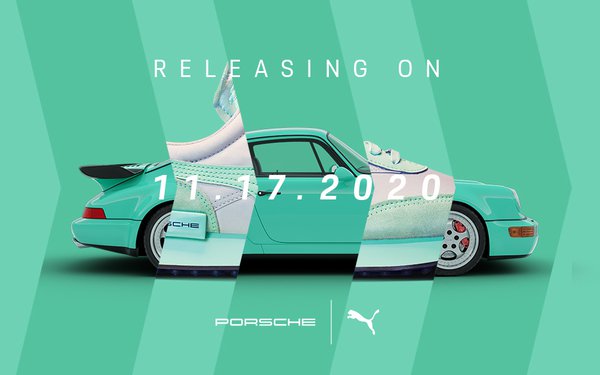 Porsche continues to court a new, younger audience with two upcoming initiatives, including one that involves a partnership with Puma.

Porsche and Puma are giving consumers 2.7 seconds to buy sneakers in the “World’s Fastest Sneaker Release” during a pre-sale Nov. 16. That’s the same amount of time it takes the 911 Turbo to go from 0 to 60 mph. The official “shoe drop” is Nov. 17.

Separately, the automaker created a new font, made from the screeching tires of the Porsche Cayenne Coupe. The font will launch via Porsche’s Twitter with posts, GIFs, and interaction with users via custom messages. The effort includes a social video. It will also be available for fans to download starting Nov. 16..

The font is part of the overall Porsche Cayenne Coupe “Shaped By Performance” campaign. With a starting price of $67,000, the coupe is well-positioned to welcome a new, younger audience to Porsche, according to the automaker.

Porsche's AOR Cramer-Krasselt is orchestrating the creative for both efforts and PHD handles media.

The sneaker activation, dubbed “Icons of Fast,” includes a limited line of 911 Turbo-inspired Puma sneakers. There will be eight different sneakers, with 4,000 total available.

In creating the shoes, designers looked to the cars themselves, drawing on period-specific paint colors and the iconic rear wing, to lightbars, interiors, and body lines.

The Nov. 16 pre-sale is targeted at “sneakerheads" via Hypebeast and Vice media partnerships.The shoes will be available via a microsite where a “buy now” button appears under each model for 2.7 secs. If you can select a shoe that fast, it is added to your cart and gives customers 10 minutes to enter payment and shipping details.

In addition to the media partnerships, the campaign will feature social media, and influencers including Masego  (with 648,0000 Instagram followers) and Mapy (with 355,000 followers).

Digital video and an augmented reality Snapchat lens will allow users to try the shoes on.

Porsche and Puma have worked together previously, as the sports company is the exclusive technical partner of Porsche Motorsport for fireproof racing clothing and team wear as well as shoes and luggage.

Porsche Design also entered a strategic relationship with Puma in 2019, resulting in seasonal collections of high-end sportswear, footwear and accessories.