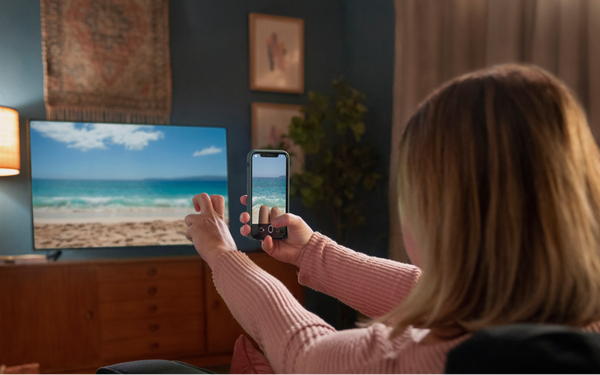 Hawaiian Airlines is tapping into consumers' intense desire to travel after months on lockdown.

MullenLowe LA’s new campaign uses humor to capture that longing in a series of 15-second spots. The effort will appear on social and digital channels.

“Beach Pic” shows a woman imaginatively creating her own fictional “legs on the beach” picture by photographing her bent fingers over the image of the ocean.

“Computer” shows a man staring longingly at an image of himself superimposed over a Hawaiian background, while “Greeting Card” shows an equally frustrated man cutting out photos of his and his partner’s head and gluing them over the faces on a Hawaiian-themed postcard.

Because of international restrictions Hawaii seems even more desirable, as an exotic destination that feels within reach, according to the agency. The islands were placed on lockdown from March to October, with visitors required to participate in a 14-day quarantine, which heavily impacted tourism  -- and therefore bookings and demand for Hawaiian Airlines.

The campaign launches on the tail of the state’s pre-travel testing announcement. Since Oct. 15, travelers who can produce a negative test result within 72 hours of their flight to Hawaii are eligible to bypass quarantine.

The airline is even allowing its U.S. loyalty program members to redeem airline miles for a mail-in COVID-19 test kit.