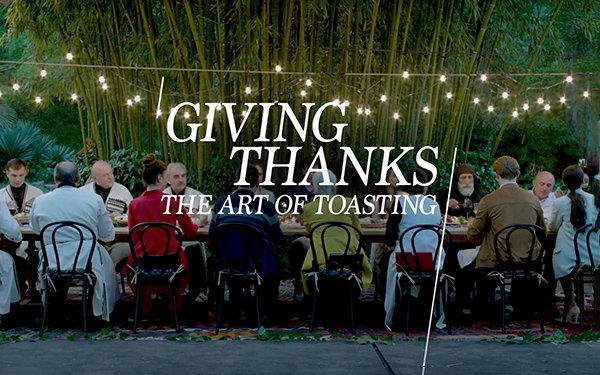 The Georgian government is introducing its new wine brand Lost Eden to the U.S., where distribution and marketing is being directed by Customer Vineyard.

A U.S. ad campaign promoting the launch was developed by Odysseus Arms. It’s anchored by  a six-hour video titled “Supra” that follows an eclectic gathering of family and friends preparing and enjoying a traditional Georgian dinner in a lush garden setting.

The content emphasizes the wine’s historic roots and Georgian heritage. The country of Georgia is acknowledged as part of the western Asian region where wine was first made some 8,000 years ago.

“Supra” will be promoted with highlights from the dinner on YouTube and Instagram, with an invitation for people to stream the entire six-hour feast alongside their own family gatherings while sampling a little Georgian hospitality. The social campaign, debuting this week, will target the wine trade in addition to millennials.