Behind Fila's Move To Content-Rich Personalization 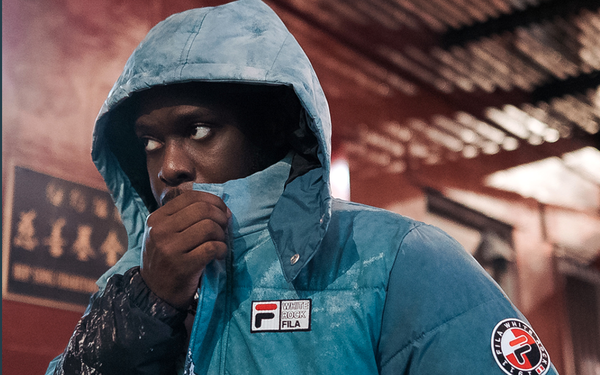 Like many apparel companies, Fila had long believed its most important digital relationships were with retailers that sell its shoes and apparel, not the people who buy them.

But in early 2020, that changed, says Dawn Trenson, vice president of ecommerce. "We wanted to have more control over the way people saw our brand, and over our marketing destiny. We wanted to introduce a new content design system that would integrate stories sourced from marketing directly into the site experience.”

The problem, she tells D2C FYI, is that the existing site was a mess. "It was very siloed and disjointed," she says. "And the conversion rates were horrendous."

So in January, Fila tapped Capgemini to build a 360-degree-view of the customer. The main issue, says Jennifer Conklin, sector lead of unified commerce at Capgemini, "was that the site looked like a discount shoe store. It was just a bunch of products. And there was no story."

Creating the story, with an emotional tie back to Fila's heritage, both its century-old Italian design and its modern street appeal, became job No. 1. "We needed a way consumers could get a sense of who the brand is and why they should care,” adds  Conklin.

The team started working on the new site in January, with an eye toward a May launch. And since the plan called for the launch of the U.S. website to go worldwide, there were plenty of global considerations, too.

Personalization was key, since shoppers browsing for crop tops are different from Italian design-history aficionado. "Whether it's a kid who wants chunky sneakers, someone older who wants to revisit the '90s basketball styles, or a tennis player looking for a classic shoe, serving up the right content was so important,” says Conklin.

As the weeks wore on and retailers closed their doors, the site's importance took on more and more urgency for the Korean-owned company. "At that point, 90% of our organization's sales were coming from wholesale," Trenson says.

It launched the site with a capsule collection designed to commemorate Notorious B.I.G. on May 21, which would have been his 49th birthday.

"We now had this fabulous new site to show off all of the assets and put together an epic homepage,”  says Trenson. Not only did the capsule collection sell out in a day and a half, but the new site also functioned smoothly, without a glitch -- despite all the COVID-related supply and delivery issues.

"It was the best month the site had ever had, and we did more business in a month than in the first ten months of 2019,” adds Trenson.

But another jolt came just days later with the death of George Floyd, followed by a tsunami of Black Lives Matter protests around the world.

While that affected all brands, Fila, with its urban audience, felt it keenly. After making a cash donation and consulting with people like Grant Hill, an N.B.A. Hall-of-Famer and lifetime Fila athlete, it pulled back all its marketing. "We didn't think it was appropriate to be kind of pushing any sort of marketing message to anyone at that time,” says Trenson.

Moving forward, Fila is wooing customers to earlier holiday shopping, hoping to head off any of the shipping and fulfillment delays many companies are worried about. "We have been backloading the holiday season," including a 21% discount, she says. "The idea is that we're all ready to be done with 2020, so here comes '21. We hope that will take some of the strain off our logistics and carriers."

Trenson expects the importance of D2C to intensify. "We don't want to rely on the success of retail partners, and coronavirus has made that more clear. We want to control the narrative of how we're presented."

It's not that business channels are going away, she says. ”It's just that selling direct needs to become the main character in the story now."