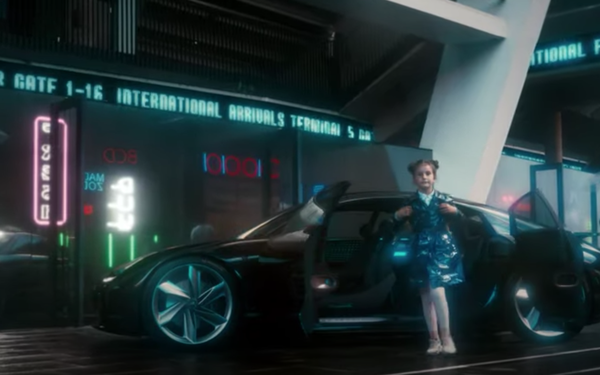 The 95-second video celebrates the launch of the Ioniq brand as part of Hyundai’s ongoing effort to offer a sustainable lifestyle.

Shot around the world to emphasize the global impact of climate change, the voiceover asks “You might think you can’t change the world… but what if you could?” The video is streaming on digital, BBC, CNN and Piccadilly Lights, London’s equivalent of Times Square.

Creative takes viewers to rainforests, canyons, streets, glaciers and deserts to capture the daily lives of Cornejo, Rothschild, a model from Kenya and street dancer from France.

Hyundai has worked with Cornejo since 2019 for the upcycle event Re:Style. Rothschild first worked with Hyundai in 2016 when he presented as a guest speaker.

Concerns over global issues such as transportation, housing and environment are universal, says Wonhong Cho, executive vice [resident and global chief marketing officer of Hyundai Motor Company. Hyundai’s “Clean Mobility” program is the automaker’s solution to these problems, he says.

“Through the customer experience delivered by Ioniq Hyundai will expand on the brand vision, ‘Progress for Humanity,’” Cho says in a release.