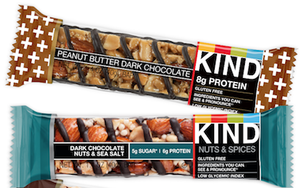 The Mars Inc. acquisition of Kind North America gives Mars the best of both worlds: broadening its presence in healthy snack options while continuing to expand its classic lines of sugary treats.

For Kind, the deal announced last week will likely fuel speedier expansion of the brand that dates to 2004 and whose Kind International operations already are handled by Mars.

Three years ago this month, Mars acquired a minority stake in Kind. Citing “people briefed on the transaction,” The New York Times estimated that Kind was valued at more than $4 billion, based on Mars’ minority investment.

Kind North America and Kind International will become “one organization operating across 35 countries, functioning as a distinct and separate business within the Mars Family of Companies,” Mars said in a release.

As research provider The Hartman Group pointed out in a recent podcast, the deal comes as COVID-19 has changed the snacks scene—with consumers picking up fewer on-the-go quick treats on the way to work and doing more home stockpiling.

"We’re seeing more emphasis on healthy eating this year coming from consumers as health and wellness is so clearly important right now,” said Hartman Retainer Services consultant Robertson Allen. “But at the same time, with snacks a lot of people are finding that they just are such widely available inside their home that healthy eating can be challenging. They often find themselves surrounded by all this easily available food right there down the hall.”

While calling Kind a “leader in the growth and visibility of these kinds of healthy oriented, free-from snacks,” Allen opined “even Kind is likely feeling perhaps a bit unsteady going into next year.

“So I think they see this really as an opportunity to continue that expansion and at the same time, be relatively defensive during the pandemic and the current uncertain marketplace.”

Added Allen: “Of course, this is clearly a play for Mars to expand their portfolio beyond those kinds of nostalgic and iconic sweet snack brands” like M&M’s and Snickers.

Hence the best of both worlds.

In a presentation earlier this month, Mars Wrigley unveiled an array of innovations and line extensions across its brand portfolio of sweets, as reported by Food Business News.

Kind—which offers more than 100 snacks—describes itself as a company trying to create a “kinder and healthier world.” None of the company’s products contain genetically engineered ingredients, sugar alcohols or artificial sweeteners.

While Kind has established a reputation for deep involvement in all sorts of philanthropic endeavors, it has shown no qualms about being unkind to competitors like Clif Bar & Co.

In September, Clif took issue with the way Kind compared the companies’ products in a television commercial and brought its challenges to the National Advertising Division of BBB National Programs.

Kind has run more than one commercial like this one in which someone opens a Clif bar package and a brown liquid oozes out.

The NAD asked Kind to modify some of its claims and the company said it would, while noting that it was “grateful that NAD has upheld the heart of Kind’s commercials.”