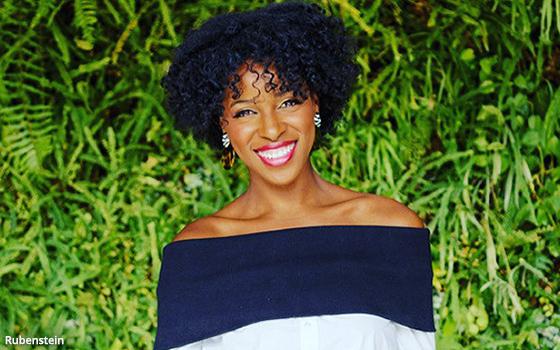 The Atlantic and Peoplemagazines have slated new podcasts for early next year.

Meredith Corp.’s People magazine is coproducing a weekday podcast with iHeartRadio called “People Every Day,” hosted by editor Janine Rubenstein. It will be the media brand’s first daily podcast series.

Rubenstein is also being promoted to editor-at-large, where she will continue to write, report and oversee select editorial projects for People.

“We have mastered the weekly habit with [People] magazine, and millions of users come back to the website more than 15 times a month,” Will Lee, senior vice president of digital at Meredith Entertainment Group, told Publishers Daily.

The “People Every Day” podcast “is an opportunity to create a daily habit for the consumer,” he said. “We look at the podcast as our signature daily product.”

Macy’s is the launch sponsor. The podcast will debut on February 1, and the roughly 20 minute to 30 minute episodes will air in the afternoons.

The tone will mimic “happy hour with your smartest, in-the-know friends,” Lee said. While it will include People’s celebrity and entertainment coverage, it will also feature its human-interest reporting, as well as topics such as true crime, royals, style, beauty, food, sports and home.

“There are lots of things we cover that people do not necessarily associate us with. We want to focus on the breadth of our offering,” Lee said.

The team at Meredith also sees the podcast as an opportunity to expand the “People Every Day” brand into a franchise, and “scale it horizontally,” across video, products and events, Lee said.

This is the first audio project from People Digital Studio, a production team that launched in July. It also focuses on audience growth and innovation, to accelerate projects into new formats.

The new studio "allows us to create franchises across a number of different platforms,” Lee said.

Separately, The Atlantic and WNYC Studios will co-produce “The Experiment,” which will be hosted by Julia Longoria.

The weekly series “will examine the myths and ideas at the heart of the American experiment and the way powerful forces of history collide with our everyday lives,” according to a statement.

Longoria comes from The New York Times, where she was a producer for “The Daily” and other long-form audio projects, including “Rabbit Hole.”

"The Experiment" will cover every week a “deeply reported story that illuminates the way individual lives are being shaped by the seismic political and cultural changes we see in the headlines every day.”

Writers from across The Atlantic’s newsroom will also participate in the podcast.

Jeffrey Goldberg, editor in chief of The Atlantic, noted that working with WNYC Studios “is one important way we will find new audiences.”

Andrew Golis, Chief Content Officer at WNYC, said “The Experiment” “will be essential listening for all of us as we try to understand this country and each other.”

The Atlantic has recently launched other podcasts, such as the pandemic-focused “Social Distance,” which premiered in March, and “Floodlines,” a narrative podcast on what happened in New Orleans after the levees broke.

“The Ticket” is a politics podcast relaunched at the beginning of this year.