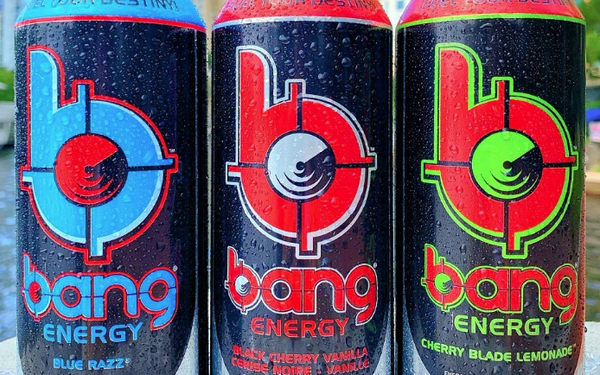 It developed a prominent crack last week with Bang’s announcement, via a caustic news release, that it had “fired” PepsiCo and terminated the companies’ exclusive distribution partnership.

It appears Bang and PepsiCo will continue to work in some capacity, but neither seems ready to go into the details publicly. Among other issues, they seem to be far apart on key financial elements of the relationship.

In March, PepsiCo announced a $3.85 billion deal to acquire Bang competitor Rockstar Energy and has been investing considerable resources to boost the brand’s distribution and sales. Meanwhile, PepsiCo’s iconic, sports-oriented Mountain Dew brand has long been struggling amid a tidal wave of energy drink launches.

To top it off, PepsiCo has been working since 1994 with Starbucks on selling and distributing various products—including energy beverages, a category where Starbucks continues to expand.

Then came the Bang Energy deal, which began to roll out in April, quickly followed by the worsening impact of the pandemic on C-stores and gas stations, which are the lifeblood of energy drink distribution.

Looking at things in chronological order, it’s clear that securing retail distribution—or lack thereof—has been a major challenge for the Bang-PepsiCo hookup.

In a Q2 earnings call on July 13, PepsiCo chairman and CEO Ramon Laguarta said “our transition and integration process with Rockstar and the distribution of Bang Energy is nearly complete.”

Laguarta then explained the company’s priorities in the energy space.

“Accelerate the performance of Rockstar, which has further room for growth”; expand distribution of Bang while improving “execution in the marketplace”; and “unlock the potential for Mountain Dew to expand in the energy drink category.”

Asked by a financial analyst about the Bang integration, Laguarta said, “It's been a complex process because Bang had between 250, 300 distributors across the country.”

Asked about Bang during a Sept. 5, Q3 earnings call, Laguarta cited “operational details in integrating a business like Bang, which is quite sizable, and trying to move it from a very dispersed distribution setup to a more consolidated one. So in every state, we have different anecdotes, and also the Rockstar integration.”

On Nov. 17, Bang issued a news release saying it had terminated its exclusive distribution partnership with PepsiCo.

Bang CEO Jack Owoc said his company “sincerely expected PepsiCo to execute at an ever higher level based on their enormous resources and promises. Unfortunately, we were wrong. PepsiCo, you’re fired.”

Bang had notified PepsiCo on Oct. 23 that it was terminating the March 6 exclusive distribution agreement, but that’s where things get fuzzy.

In a letter that a law firm for Bang parent Vital Pharmaceuticals Inc. sent to PepsiCo, Vital said it expects PepsiCo to “place purchase orders with [Bang] for a minimum of $125,000,000 per month.”

The letter went on to state that Vital “specifically reserves its right to seek compensation and reimbursement for its lost sales and other damages caused by Distributor.”

In its own release on Nov. 17, PepsiCo said it “remains the exclusive distributor of Bang Energy drinks across the U.S. through October, 2023. We will continue to fulfill our obligations under our agreement, which does not include any minimum purchase commitment.”

Marketing Daily reached out to Vital’s law firm and PepsiCo for further comment, but had not heard back by deadline.