Jaguar Aims To Save Namesake With Charitable Effort 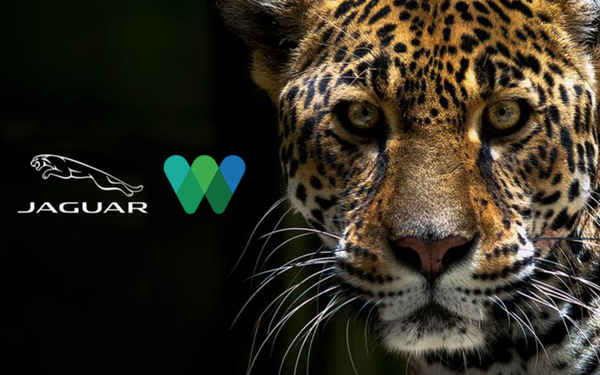 Jaguar hopes to help raise awareness of the Wildlife Conservation Society's efforts to protect its namesake.

The two are partnering to promote International Jaguar Day on Nov. 29, an annual event to celebrate the jaguar and support efforts to protect it from extinction.

Each entity will issue a call to action on Giving Tuesday (Dec 1) following Thanksgiving, to make a contribution to WCS on its website, according to the automaker.

Sir William Lyons, the co-founder of Jaguar Cars, once said, “The car is the closest thing we will ever create to something that is alive,” and the brand is showing gratitude to the fight to save the animal that embodies the fierce speed, power, agility, and beauty of its vehicles, according to the brand, which is part of Jaguar Land Rover North America.

Jaguar’s history with the nonprofit dates back to at least 1999, when it helped sponsor the Jaguars in the New Millennium Workshop to assess the status and distribution of jaguars into the next millennium.

Jaguar last worked with the nonprofit on an activation about 11 year ago, according to the automaker.

The global population of jaguars is declining and has disappeared from almost half of its original distribution, including becoming extinct in El Salvador and Uruguay.

Jaguar populations at WCS sites are growing steadily, averaging a 6.1% increase per year. WCS has been working at these sites for years, in some cases, decades, said Joe Walston, executive vice president of WCS Global Conservation Programs. The big cat continues to face threats including habitat loss, poaching and illegal trade.

“It takes time for jaguars to recover, and our new results demonstrate that persistence pays off,” Walston says in a release.