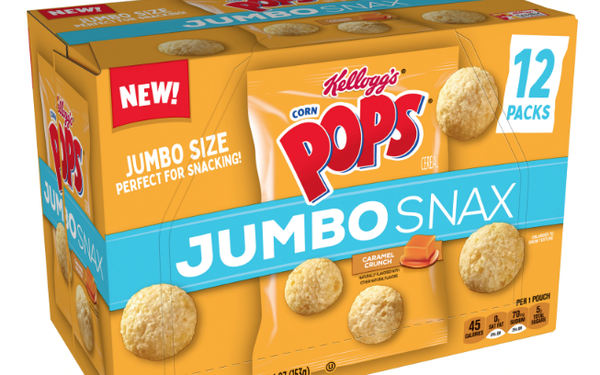 After shifting for several years, consumer preferences for breakfast cereals have created a “polarizing” trend marked by a desire for either healthy or indulgent products.

That’s the gist of new consumer research that strongly suggests cereal marketers will need to stock a growing arsenal of ingredients to fulfill everyone’s taste.

Even before COVID-19, younger consumers’ breakfast eating habits had, to a large degree, migrated from a bowl of cereal or oatmeal to quick edibles at home or work. CPG marketers have been trying to catch up.

A summer study from research provider The Hartman Group found that in 2019, 82% of breakfast occasions occurred at home. That percentage has now increased to 87%, most likely influenced by rising numbers of people working remotely.

A deeper dive into morning tastes comes from Innova Market Insights, which just released results of a representative sample of 1,000 consumers ages 18-65 in the United States and Canada.

Tracking cereal launches from 2014 to 2019, Innova found that flavor trends for products containing turmeric rose at a compound annual growth rate of 50%. Meanwhile, those containing marshmallows increased by 104%.

It gets more complicated.

With 40% of American and Canadian consumers saying that convenience is a reason why they buy breakfast cereals, there’s “ongoing pressure to deliver ever more convenient formats. Snackability is a growing focus, as over 10% of consumers now claim to eat breakfast cereals as either a morning or evening snack.”

Kellogg Co. has already jumped on the sweeter-for-you and convenience format trends. In late June, it debuted Mashups, a combination of Frosted Flakes and Froot Loops.

The month before, Kellogg’s Jumbo Snax launch was positioned as “cereal brands you know and love, now jumbo-sized and packaged perfectly for snacking anytime, anywhere.”

In a 2020 partnership with Post Foods Canada, Canadian QSR chain Tim Horton’s joined the cereal aisles at grocery stores with a sugary offering called Timbits. They’re offered in chocolate-glazed and birthday cake iterations, as seen in this commercial.