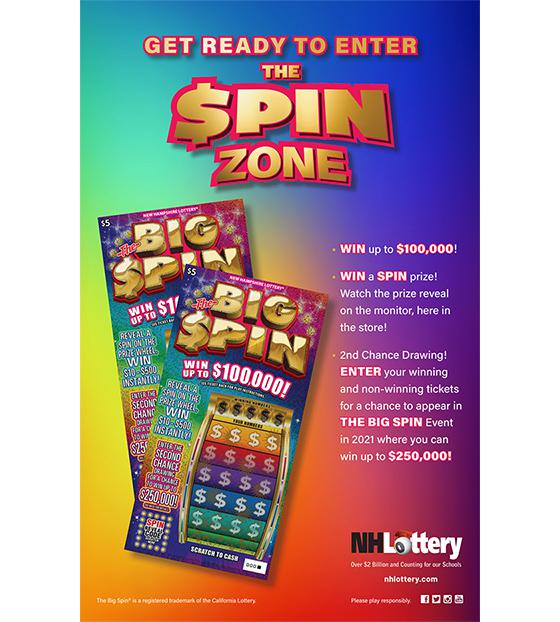 The game includes a scratch ticket with an in-store “Spin Zone” experience as well as online spin wheel that enables players to win additional prizes. GYK Antler won the project to create the foundational elements for each campaign, which were then shared by the three states for deployment. (GYK Antler has represented client NH Lottery for more than 30 years.)

The creative recreates the player experience, specifically highlighting the in-store “Spin Zone” experience of stepping up to the counter at a retailer to purchase the ticket in hopes of getting to spin the prize wheel. The TV spot and all visual assets were captured in one overnight shoot at Salem, New Hampshire’s Klemm’s Family Store.

The campaign is anchored with television, radio and traditional print ads and will also be supported with digital assets and a variety of point-of-sale executions.  Also in the works: The Big Spin Live event next year that will give finalists chosen from all three states the chance to win up to $250,000.