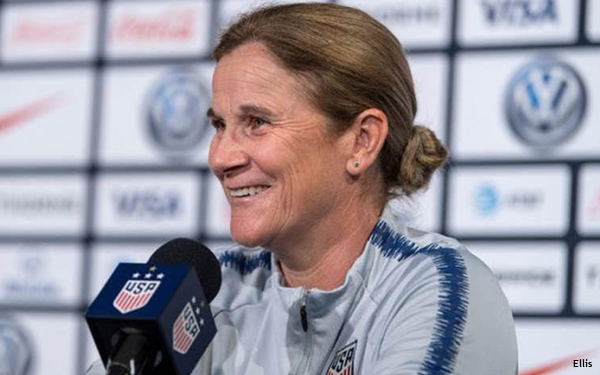 Inspired by the global #GivingTuesday movement, Volkswagen of America is supporting soccer organizations via its partnership with U.S. Soccer.

The brand is making a $15,000 contribution to the newly established Jill Ellis Scholarship fund, established to celebrate the legacy of the former U.S. Women’s National Team head coach. One of the program's primary goals is to help grow the sport by investing in and supporting more female coaches.

Volkswagen also committed to directing $100,000 of  its U.S. Soccer sponsorship -- $10,000 each -- to support charitable organizations chosen by 10 VW brand ambassadors.

Volkswagen continues to be committed to the growth of the sport in the United States, said Duncan Movassaghi, executive vice president, sales and marketing, Volkswagen of America.

“We’re happy to be presenting partner of U.S. Soccer’s #GivingTuesday campaign as it encourages others to drive something bigger than themselves and shows our Drive Bigger platform is hard at work,” Movassaghi said in a release.

The automaker is signed on as the presenting automotive partner to the federation through 2022. Volkswagen was previously the official vehicle of the pro soccer organization, Major League Soccer, from 2008 to 2015 before being succeeded by sister brand Audi.