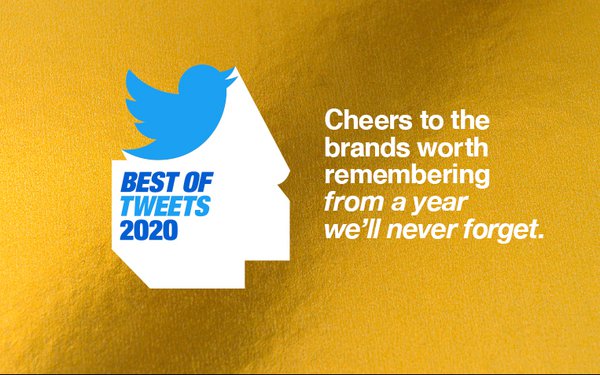 Twitter is out with its #BestofTweets 2020 list recognizing marketers for their use of the platform in campaigns this year.

Twitter’s Next, The Global Business Marketing, and Arthouse teams curated 10 of the past year’s most creative launches on the platform that met or exceeded key performance indicators. All categories are new and were developed to reflect the truly unique year over the past 12 months.

The unexpected challenges of 2020 completely disrupted advertiser’s plans, but these constraints bred creativity,  says Liz Lenahan, senior manager, global business marketing, Twitter. “The marketers who thrived this year embraced the constraints imposed by the lockdown to reimagine advertising and create meaningful connections between people and brands.”

Among the winners, Gatorade turned back the clock thanks to ESPN’s “The Last Dance“ starring Michael Jordan and the Chicago Bulls. The sports drink brand was prominently featured in the series but was not an official sponsor. As a work-around, Gatorade injected itself into the buzz by teaming with the NBA as well as agency partners OMD, TBWA\Chiat\Day, Optimum Sports and Swift, to stream game six of the 1998 Finals on Twitter (spoiler alert: Bulls win its sixth title).

Uber’s in-house creative team won an award for a collaboration with Wieden+Kennedy and MediaCom. The #MoveWhatMatters campaign encouraged people to stay at home, while Uber drivers instead delivered 10 million free rides and food to frontline workers, seniors, and people in need.

Verizon nabbed a 100% net positive brand sentiment, the highest ever for a Twitter livestream by a band through its #PayItForwardLIVE project. With partner agencies R/GA and VM1, the campaign consisted of Verizon live-streaming concerts and gaming events on Twitter for eight weeks.

Chase, along with VaynerMedia, recognized the graduating class of 2020 with #ShowMeYourWalk consisting of a two-part graduation event live-streamed on Twitter, one for high school and college grads, and another for historically Black colleges and universities. #ShowMeYourWalk got 44 times more views livestreaming on Twitter than any other social video platform.

Seeking to join 2021’s winners? Twitter’s Lenahan recommends brands and advertisers have a solid grasp and understanding of the pulse of the conversation. “From helping society to providing moments of joy, brands have a role to play - but they need to understand what that role is and what people want to see from them,” she says. “We know that people on Twitter were most interested in seeing brands take on supportive, informative, and positive tones on social media this year.”