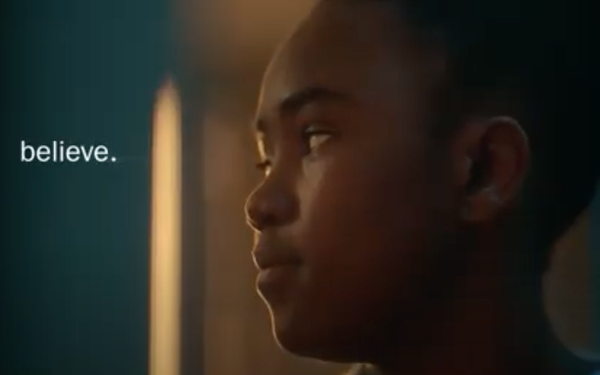 Midwestern retail chain Meijer is launching a holiday campaign which features a surly teenager who manages to find optimism despite the pandemic.

“You Better Not Pout” chronicles a family’s attempt to celebrate a COVID-impacted Christmas.

The work was created by Chicago-based independent advertising agency The Distillery Project and doesn’t feature any imagery of stores or merchandise. Instead, the focus is on one family as they decorate their tree and enjoy the simple pleasures of their normal holiday traditions as best they can in the current environment.

Although clearly the subject matter was influenced by the current state of the world, the spot follows what the retailer aim to achieve with all of its ads, “a moment that sparks brand connection through customer relevancy and compassion,” Vought says in a release.

The familiar theme that “the 2020 holidays are unlike any other” is key and the brand wants to “boost the positive perspective and joy we can realize together,” Vought says.

Moping on the couch while everyone else participates in the holiday decorating, the sullen teenager blurts out, “It doesn’t even feel like Christmas” before pointing out her little sister is “doing it wrong” when it comes to ornament hanging. Her negativity is contagious and her sister runs off to her room.

But the teenager gets a grip and goes to her sister’s room to make it right. She observes her playing with a doll, then after a moment of reflection, she softly begins singing “Santa Claus is Coming to Town.” The younger girl looks over and chimes in. The ad tags with “Believe.” and “Christmas is coming.”

Meijer always takes a soft-sell approach with its holiday ads, says John Condon, founder and chief creative officer of The Distillery Project. Last year’s comedic spot featured a man everyone was mistaking for Santa Claus and the reactions he got from children as the holidays drew near.

"Families are at the heart of Meijer’s business. So, we’re often telling stories of family life, Condon tells Marketing Daily. "Within the family dynamic, the teenager seemed likely to be hardest hit emotionally, while not quite fully mature enough to process it. But maybe that’s being unfair to teenagers. So much has been taken from all of us this year that it’s hard for anyone not to feel a little beaten. Even if only for a moment. So, in that sense, the teenager represents a struggle that’s very real for people of all ages."

This year, for so many reasons, there’s a massive need for empathy and understanding, he adds.

"We wanted to be honest about what we’re all going through, and how hard it often seems," Condon says. "We can also honestly remind ourselves that there are some things that can never be cancelled—like the magic of Christmas, our capacity for simple kindness and our ability to hold hope in our hearts. And that in the end, love wins. Always. Oh, and if you're hoping for quality toys,....you better not pout."

The Distillery Project has been Meijer’s AOR since 2013. “Believe” has been the sign off for the past several years, followed by “We have everything you need,” a line that speaks to the superstore aspect.

The effort includes a long-form version of the ad (1:49) along with 60- and 90-second executions. It is airing on network and cable TV in regions where Meijer has stores as well as online, with a strong emphasis on YouTube and paid social media.