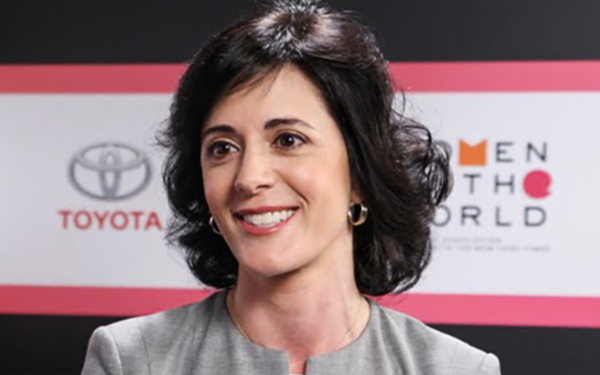 Ed Laukes, who has been with the automaker since 1989, is retiring from his post as group vice president of Toyota Division Marketing effective Jan. 4.

Materazzo will be responsible for all Toyota division market planning, advertising, merchandising, sales promotion, incentives, NASCAR and motorsports, and all social and digital media.  She will report to David Christ, group vice president and general manager, Toyota Division, TMNA.

Also effective Jan. 4, Vinay Shahani will replace Materazzo at Lexus as vice president - Lexus marketing.  Shahani is currently vice president of Toyota integrated marketing operations, a role which he has held since June 2017.

Previously, he served as the senior vice pesident and chief marketing officer for Volkswagen of America, where he led and directed all aspects of marketing for the Volkswagen brand in the United States. Prior to Volkswagen, Shahani worked for Nissan North America for 10 years in various executive leadership roles across sales, marketing, and manufacturing, most recently serving as the director of marketing for the Nissan brand.

Toyota spent $1.51 billion U.S. dollars on advertising in U.S. media in 2019, according to Statista. The company made it to the list of top five auto manufacturers based on advertising spending that year, behind General Motors and Ford Motors.

Materazzo is not a stranger to the Toyota brand. She became vice president of marketing at Lexus, Toyota’s luxury vehicle division, in January 2019.  Before that, she was vice president, vehicle marketing and communications, Toyota North America.