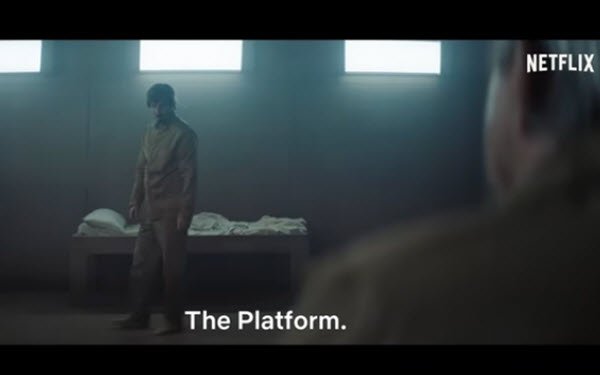 We all know that streaming has soared as a result of the pandemic’s shelter-at-home dynamic. Now, Netflix has highlighted what types of programming has been most popular during this ordeal.

While it’s far from surprising that reality shows, docu-series and documentaries, romance and comedy fare were major escape outlets, a more intriguing trend was a 50% increase in U.S. subscribers’ time spent viewing foreign-language titles as compared to 2019.

The most popular titles were Spain’s “The Platform,” Germany’s “Barbarians,” and France’s “Rogue City.” In addition, viewing of Korean or “K dramas” (led by “Kingdom S2” and “The King: Eternal Monarch”) nearly tripled, and anime viewing (led by “Pokémon: Mewtwo Strikes Back-Evolution” and “Blood Of Zeus”) was up more than 100% in the U.S., Netflix reports.

Further, while not strictly French-speaking, “Emily in Paris” was one of Netflix’s most popular comedies of the year. (The film drove a 340% increase in searches for Kangol bucket hats, Netflix notes.)

*Time spent watching “reality” fare and documentaries more than doubled versus 2019. Netflix’s top docu-series were “Tiger King” and “Killer Inside: The Mind of Aaron Hernandez.” Its most successful documentary features were “American Murder: The Family Next Door” and “The Social Dilemma.” “Floor is Lava,” “Love is Blind” and “Too Hot To Handle” were the most-viewed reality series.

*Time watching romances also doubled, led by “The Kissing Booth 2,” “Princess Switch: Switched Again” and “To All The Boys P.S I Still Love You.”  The “Love Is Blind” series remained in the U.S. top 10 for 47 days straight after its release in February, the longest run of any title except the preschooler hit “Cocomelon,” (64 days).

*Stand-up comedy viewing spiked in March and April early pandemic days, in comparison to February. October was Netflix’s biggest month for comedy viewing overall. “Hubie Halloween,” “The Wrong Missy,” “Space Force,” “Holidate” and “Kevin Hart, Zero F**ks Given” were the most popular comedies of the year.

*On the flip side, Netflix searches for “sad movies” jumped nearly 30% in early April versus March. Leading tear-jerkers included “All The Bright Places” and “Miracle in Cell No. 7.”

*In March, searches for “home baking shows” rose almost 50% versus February. The most popular food and home shows were “Get Organized with The Home Edit,” “Nailed It!,” “Million Dollar Beach House,” “The American Barbecue Showdown” and “Crazy Delicious.”

*Fictional fare about families (including “The Crown Season 4” and “The Queen’s Gambit”) drew large audiences, as did action fare like “Extraction” and “Spenser Confidential.”

*In the three weeks following the killing of George Floyd by Baltimore police in May, viewing of titles about the Black experience in America soared. For instance, views of the documentaries “13TH” and “LA 92” leapt by more than 5,000% and 1,300%, respectively.