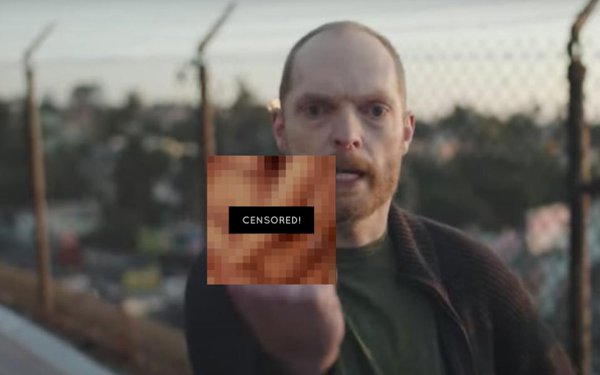 Just about everyone has had it with 2020. And a new campaign for mental health awareness is inviting people to unleash their inner sailor, with a spot so full of F-bombs it might as well have been written by David Mamet and voiced by Samuel L. Jackson. (In the unlikely event anyone has made it through the past 10 months with virgin ears, there’s a censored version as well.)

“We really had fun with this,” says Phillip Haid, founder and chief executive officer of Public, a Toronto-based agency focusing on social impact.

He says the expletive-based campaign has a backward origin story. “We got the idea, enlisted all the volunteers and shot it. Then we went looking for the right client.”

In the past, the agency’s year-end charitable efforts have focused on raising money for refugees. “And we considered a campaign that might benefit front-line healthcare workers,” he tells Marketing Daily.

But when a member of the creative team suggested the idea, it just felt right. “Why not acknowledge what a crappy year this has been? We just wanted to lean in,” he says.

Even though the agency shot the ad first, he knew they would find someone to partner with. “We didn’t have much time to pull it together, and while we know everyone shares the sentiment of the ad, organizations have different levels of risk tolerance. You can imagine how that pitch would have gone,” he says. If it were presented as an idea rather than a finished spot, “a client would have said, 'I love it…. but not in a million years would we do that.’”

Both the Mental Health Coalition, a U.S. organization, and Black Health Alliance, based in Canada, loved it.

“This year, everyone could do with a little extra help,” the spot says. It will drive donations to both groups with a simple text to, of course, 1-877-EFF-THIS.

The ad is in good company, with 2020 send-offs becoming an ad genre unto themselves, from Match’s hilarious Satan spot to JibJab’s flaming trash can and Planet Fitness’s middle-finger pinata.

“This is a fun spot, and edgy,” Haid says. Public is running the spot on social channels, and while there is a small amount of paid advertising, it’s counting on earned media. “We hope it raises a lot of money.”