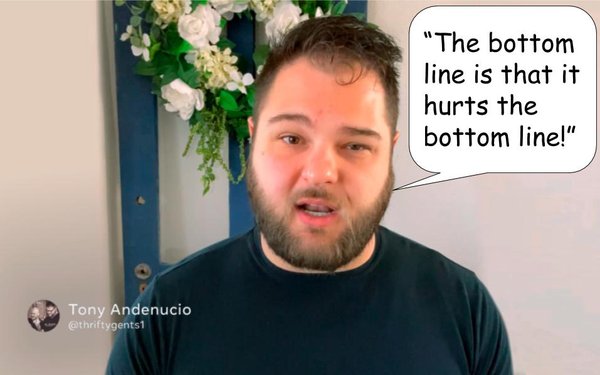 If a modern day Dante were to write a “Marketing Inferno,” a special circle should be reserved for Facebook. It should go to eleven. Especially after it launched an advocacy campaign last week targeting Apple.

While many analysts described it in “battle of the titans” vein, for me, it was one more low bar for the social network exploiting its market power for its own bottom line.

Put aside the irony of a company that operates as one of the world’s most powerful “walled gardens” -- playing the role of intermediator between consumers and marketers with little or no transparency -- complaining that another company is doing the same, albeit in this case, to actually give its consumers some control over their data and their experience.

The really repugnant part of Facebook’s campaign is that it exploits the very thing it claims it wants to protect: small businesses.

In ads, online videos, and in briefings with the press, Facebook’s management has sought to attack Apple’s steps to safeguard its users personal data by asserting it will hurt small businesses that have come to depend on that data to create “personalized” ads that are more effective than ads that are not able to use the personal data of Apple’s consumers.

The effort even features testimonials from small business owners who say the effectiveness of those ads may be the only way for them to stay in business during a pandemic that has put so much economic pressure on businesses, especially small ones like those that comprise many of the 10 million brands Facebook says are its advertisers.

According to Facebook’s estimates, ads that are not able to exploit the kind of personal data Apple is seeking to safeguard will reduce the efficacy of its advertising by 50% to 60%, implying that is enough of a loss to impact the margins of the small businesses who are just squeaking by on Facebook advertising.

There are so many problems with this logic, but let's start with the main one. The biggest loser in this equation isn’t the small businesses that advertise on Facebook, it’s Facebook itself. That’s because most small businesses pay Facebook on some form of cost-per-action or -conversion, metric, meaning if the ads are half as effective as they were before, Facebook will generate about half the revenue from them.

This should not be a surprise to anyone, especially Facebook’s shareholders, as the company has been telling investors and securities analysts this for several quarters now in its earnings briefings and forecasts. And most analysts say it’s already baked into Facebook’s valuation going forward as kind of a one-time charge attributed to Apple’s move.

There are other problems with Facebook’s logic that I could cite, but it’s a Monday morning before the holidays, so let me get right to the main point, which is that Facebook is simply being lazy and trying to reap some low-hanging fruit without having to work at fixing what it says is a problem.

If Apple’s change makes Facebook’s ads less effective for small businesses, it is Facebook, not Apple that needs to innovate new ways of making its ads more effective. I mean, it is a massively powerful platform that already is ingesting vast amounts of data on people’s other device and app identities and behaviors, all attributable to their Facebook logins. And it employs one of the most powerful data science teams the world has ever assembled all aimed at improving its bottom line, er, I mean “improving user experience.”

There are so many ways Facebook can find new ways of leveraging data to maintain -- or even improve -- the effectiveness of its ads for small businesses, even ones that don’t scrape people’s personal data from the devices and apps they get from Apple.

Facebook is just being lazy and worst of all, trying to exploit the economic duress of small businesses trying to survive a pandemic without doing any heavy lifting of its own.

If Facebook really cared about small businesses, there are plenty of other things it can do to help them get by. How about offering them a “stimulus package” including free or subsidized Facebook ads until they get through this crisis?

In any case, it’s not like Facebook is the only game in town. There are plenty of other places advertisers -- including small business ones -- can generate effective returns on their media buys without being dependent on Facebook.

“Not only are there many other options for small businesses to reach consumers effectively that don't rely on personalized ads and device-level targeting, but Facebook is forgetting its place as a service, not as a platform,” AdColony Senior Director of Global Marketing & Communications Jonathan Harrop stated, in one of the many reactions I received in response to Facebook’s anti-Apple campaign.

“In the Facebook versus Apple battle, I would place my money on the company that's not in the process of fighting a U.S. Federal antitrust lawsuit,” he concluded.

covid-19
2 comments about "The Real Reason Facebook Is Exploiting Small Businesses It Claims It Wants To Protect".
Check to receive email when comments are posted.
Read more comments >
Next story loading