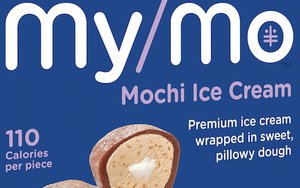 In the summer of 2015, private equity group Century Park Capital Partners acquired Mikawaya—a food company credited with introducing a form of ice cream called mochi to California in the 1990s.

Mikawaya’s breakthrough was to wrap the mochi of traditional Japanese rice cakes around ice cream to produce a duality of textures and thus a new, sweet snacking experience. At the time of the acquisition, the company’s bakery and confectionary products were mainly sold in specialty stores.

In 2017, Century Park decided to focus all of its efforts on a major retail expansion of mochi ice cream under the brand name My/Mo Mochi.

“The investment thesis was about bringing mochi to the masses,” says Russell Barnett, a CPG veteran who is managing director and CMO of The Mochi Ice Cream Co., which Century Park sold to an investment fund managed by Lakeview Capital Inc. earlier this year.

It’s a thesis that seems to be paying off, given the desire among millennial and GenZ consumers for “a snack that happens to be frozen.”

According to Barnett, My/Mo Mochi is the largest mochi ice cream company and brand in North America. With distribution in some 30,000 retail grocery locations, the brand entered the convenience store channel in a partnership with 7-Eleven about six months ago.

The following interview has been edited for brevity.

CPG FYI: How has the category been growing?

CPG FYI: What was the strategy behind the new brand?

Barnett: There had not been a lot of innovation in the frozen novelty space. There’s a lot of legacy brands. Nestle and Unilever own the space and [as an ice cream brand] they’re, frankly, quite meaningless to a lot of consumers. Retailers understood that this was a new food innovation -- a snack innovation. They were trying to attract more millennial and GenZ consumers into stores.

CPG FYI: Why did you expand beyond the frozen aisles with My/Mo branded, self-serve freezer cases in the bakery and prepared-meals sections of supermarkets?

Barnett: Consumers who are millennial and GenZ snack four or five times a day. They snack more than they eat. We knew that activity happened in the grab-and-go section of retailers. So we installed these Mochi Bars…where you could buy one, two, three or four of your favorite Mochi ice creams.

CPG FYI: So far, television hasn’t been part of your media spend. How have you generated awareness, trial and repeat business?

Barnett: Up until COVID, we were very experientially driven. That took the form of partnerships [in New York] with the Museum of Ice Cream, [art exhibit] Color Factory and with NYX—which is part of L’Oreal—in helping them come up with the I Love You So Mochi palette of makeup.

CPG FYI: What changed this year?

Barnett: Obviously, all of that experiential piece went away. National Ice Cream Day and Month [July] is sort of our Super Bowl. We looked at a way to connect in a different, fun and playful way. So we created eight days of games [on Instagram and TikTok] called the Chompionship Games—and everybody who played and tagged us won a six-pack of My/Mo Mochi ice cream.

CPG FYI: What were the results?

This year, we must have hit a chord, because we were the number one most-spoken-about ice cream brand in the country, as measured by earned media. We got well over 1.6 billion media impressions for the work that we did.