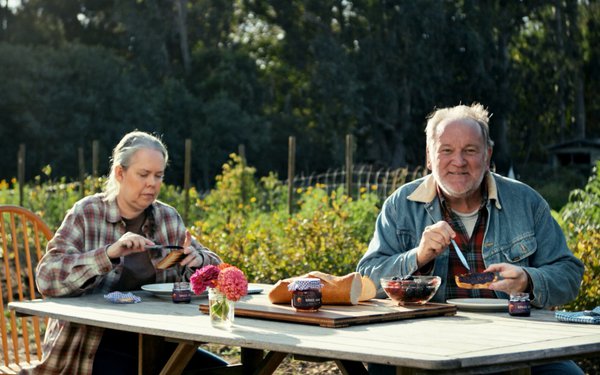 Advertising creative Hunter Fine and commercial film director Pete Marquis are teaming up for a prank trolling Warner Brothers after they realized the film studio failed to purchase the SpaceJam2.com domain for its 2021 "Space Jam" movie sequel.

Fine and Marquis got the site, which they’re using to sell jam for $12.99 made with its special “number two” space-like recipe that resembles constellations when spread.

They are also offering to sell the URL for $1 million (or best offer) with a portion of the proceeds donated to charity.

Fine and Marquis incorporated humor throughout the website. The FAQ vertical answers questions such as the reason it is named SpaceJam2 is because their first recipe did not resemble space.

They also admit they are not chefs. They joke that in order to “legitimize ourselves,” they came up with the idea of starting a jam company that sells Space Jam, so legally they couldn't be forced to take down the site based on the name alone.

The site launches with a complementary commercial filmed during the pandemic on a “shoestring budget.” Both Fine and Marquis note they were surprised at how many people liked the idea enough to help them out at discounted rates to get the job done.

This is not the first prank unleashed by the creative duo. Fine has created viral things, including the web series Hikea, where people get high and put together Ikea furniture, and Escape from Hel(L) a board game trolling New York’s MTA transit authority--where players would try to get to Manhattan from Brooklyn after the potential L-trail shutdown.

Similarly, Marquis has developed unbaby.me, a SXSW-awarded Google Chrome extension that removes babies from social feeds, and "First Moon Party" a viral video for HelloFlo that won a Cannes Lion.

They hope the website will be scooped up by Warner Bros. as its mounts a PR campaign for the highly anticipated sequel to "Space Jam," starring LeBron James and Bugs Bunny and set for release in July 2021.