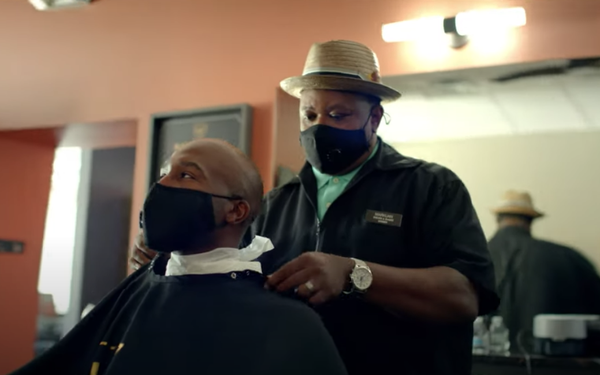 Ford Motor Co. is reallocating nearly half of its media buy originally planned to launch the F-150 pickup truck during College Bowl games and the NFL this weekend to a spot that encourages viewers to follow COVID-19 safety protocols.

Themed “Finish Strong,” the 30-second spot, narrated by actor Bryan Cranston, will air 20 times between Jan. 1-3. A 60-second version, along with 15-second and 6-second cut downs, will run on social media.

The TV spot debuts Jan. 1 and will air during the Citrus Bowl on ABC and the Peach Bowl, Rose Bowl and Sugar Bowl on ESPN. It also will run during Fox NFL games on Jan. 3. iHeart Media will also amplify with radio spots running Dec. 31 through Jan 1.

Created by director Peter Berg in collaboration with Wieden+Kennedy and Civic Entertainment, the spot encourages Americans to keep acting to protect each other until COVID-19 vaccines become more widely available.

If more Americans embraced COVID-19 mitigation protocols, such as wearing masks, 50,000 or more lives could be saved between now and the end of March when vaccines are more readily available, according to officials at the IHME, University of Washington’s School of Medicine.

“If we were in the middle of a war and someone said there was something you could do to save 50,000 people, you’d do it,” says Jim Baumbick, Ford vice president and enterprise product line management.

The goal is to not be political but to appeal to Americans’ shared sense of what’s right, rather than preaching or using fear as a motivator, says Mark Truby, the automaker’s chief communications officer.

Woven within the video are brief portraits of front-line workers and people affected by COVID, like survivor John Williams, 68, from Kansas City, who beat the virus after 20 days on and off a ventilator. He’s shown leaving the hospital in his wheelchair as doctors and nurses line the halls to cheer him on.

Ford was one of the first manufacturers to pivot toward making personal protective equipment. It will have made 100 million masks for donations by mid-2021, and has also produced 20 million face shields, 50,000 patient ventilators, more than 32,000 powered air-purifying respirators in collaboration with 3M, and 1.4 million washable isolation gowns.

“We feel like we have a credible voice to convey this message because we are trusted brand and we have put our money where our mouth is since the beginning to try to help with this effort.,” Truby says. “We have worked really hard to try to save lives in the last nine months.”