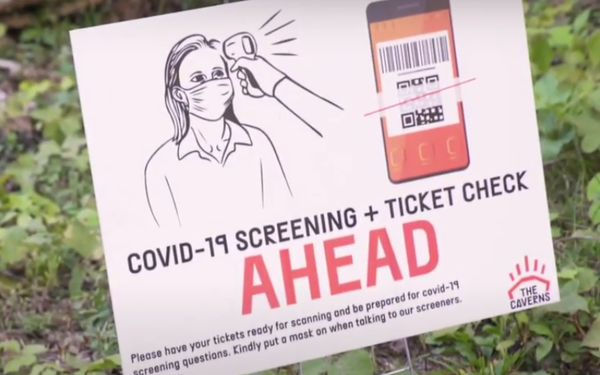 Almost all the top stories this year, in all media outlets, involved the pandemic in one way or the other. And the list of my stories that garnered the most readers was no exception:  At least five involved marketing efforts by Procter & Gamble, Clorox and alcoholic beverage companies driven by COVID-19.

Among the few good things to come from calamities like the pandemic are usually stories of resourcefulness and ingenuity. There may not  have been an overabundant supply of those stories in the beats I cover, but there were some stabs at it.

For example, my third-most read story of the year chronicled the comeback of drive-in movies, which I wrote about in late March when it became one of the old things that was very new again. (Like coloring books, to name another.)

Drive-ins were a reaction to the fact that cinemas mostly went dark as studios quit releasing new films.  “We are now like a kind of a grocery shop that has no food to sell,” said the CEO of Regal Cinemas, which announced in October it was temporarily closing all 536 of its theaters. Warner Bros. made the Christmas season even grimmer for theaters by announcing it will stream all of its 2021 films on HBO Max at the same time they’re released to brick-and-mortar cinemas.

Still, the drive-in trend hasn’t grown significantly. For my story, I talked to Ruth McPhee, the manager of the Funlan Drive-In located in Tampa, who told me business was slow. As I wrote, “Asked if cars were required to stay a certain distance away from each other, she laughed, noting, ‘That hasn’t been necessary. There haven’t been that many cars.’ “

Once there were 4,000 drive-ins. Some 300 remained open (and some reopened throughout the season). A few new films were shown there this year, including “Wonder Woman 1984” right now. But mostly, studios just decided not to release new movies at all, until the middle of next year.

Drive-ins had their own comical challenges. The Hollywood Reporter reported many patrons didn’t know how to get movie audio through their car radios, or sometimes, how to manually turn off headlights.

It may be that after the pandemic is over, the tiny burst of excitement about drive-in theaters will be, too.

But the drive-in movie idea morphed into a staple for the Biden campaign. Ultimately, supporters in Wilmington, Delaware used their car horns to honk their satisfaction at a post-election day drive-in celebration with the new president-elect and his running mate, Kamala Harris. That was new.

A promising version of the venue popped up in some spots -- so far, mostly in warmer climates -- where pod seating caught on: Venues mark off appropriately safe distance square feet of space per party of concert-goers. I wrote about that in September, shortly before The Caverns, in Pelham Tennessee pulled off a four-night outdoor concert stint by Jason Isbell and the 400 Unit, that took elaborate measures (see photo above)  to keep concert-goers safe. Five more concerts are now planned for next spring.

The shortage of so many things including, as I reported, Lysol wipes and aluminum cans,  is one of the big consumer stories of this awful year. Unfortunately, these shortages (which also include kitchen appliances and postal carriers, as reported in other outlets) seem to far exceed any surplus of invention, cooperation, civic-mindedness or empathy. But we still have some time to work on that.

To readers: Have a safe and healthy 2021. Thanks, especially this year, for just being there.