How Are Fashionistas Surviving Pandemic? Stealth Luxury, Plenty Of Streetwear 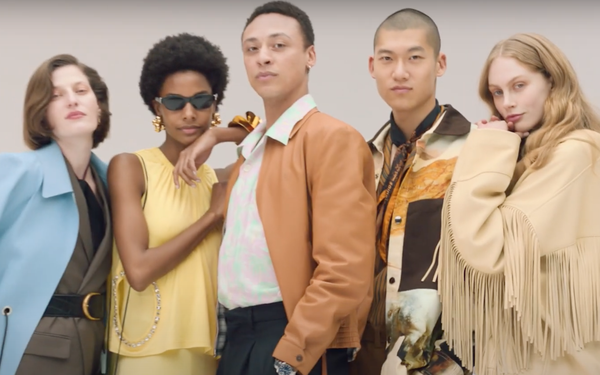 The following was previously published in an August edition of D2C FYI.

While the pandemic has left many people all dressed up with no place to go, the RealReal just released a peek into what fashionistas have been up to for the last six months.

The company’s annual resale report makes it clear it's going to take something more powerful than a pandemic to kill fashion. Style isn't dying, according to Noelle Sciacca, Women's editorial lead at the resale platform. "It's evolving just like it's done throughout history. Meticulously styled head-to-toe outfits are replaced with Zoom-appropriate shirting, jogger shorts and comfy flats."

Fashion isn't always forward-thinking,  Sciacca points out. "Sometimes it's reactive," she tells D2C FYI in an email. "Many of the industry's most progressive moments were birthed through unforeseeable hardships. After women had to step into more physically demanding jobs during World War Two, functional trousers began to replace ladylike skirts and dresses."

One of the biggest changes? A rise in what the resale site calls "stealth luxury" items -- those that look expensive without a screaming-loud logo. Demand for understated handbags, for example, was nearly five times stronger than for statement handbags.

These items are a bid to avoid conspicuous consumption at a time when many are worried about money. Sciacca says stealth luxury involves "intricate yet understated design elements. At first glance, they can appear brand-agnostic.”

The report also reveals a profound increase in "investment" luxury items, like Rolex watches and Gucci loafers. Based on data from its 17 million members, the report says shoppers pounced on higher-value jewelry, handbags and watches, for instance.

And while those items aren't exactly stealthy, such purchases do reflect a growing concern about fashion that retains its value over time, Sciacca says.

In terms of brands, Louis Vuitton muscled past Gucci, earning the No. 1 spot for the first time. But Gucci remained top choice for men's fashions, and both brands strengthened their dominance over Chanel, No. 3.

And of course, as economic uncertainty increased, more people flocked to the site to sell items, with COVID-19 leading to a 27% increase in new consignors. Thirty-seven percent of those were either millennials or Gen Z.

The pandemic's relaxed work-from-home dress code has intensified the shift toward high-priced streetwear, with Balenciaga emerging as the top brand. The RealReal says demand for luxury streetwear has grown by close to 500% in the last two years, and 991% in the last five years.

COVID-19 also made an impact on those looking to do a little more nesting, with art consignment sales up 150% from last year, and people spending 26% more on home items, as compared to apparel, quarter-over-quarter.

Quarantine culture also shaped trends. For example, after the premiere of “The Last Dance,” the Netflix series focused on the career of basketball legend Michael Jordan, demand for Jordan-themed items jumped. Retro “Banned”  Michael Jordan sneakers were among the site’s 10 best-selling streetwear items. And in May, as Tik Tok took over, people clamored for pieces they saw on the app.

Finally, Sciacca believes those who love fashion are loving the freedom to dress differently. "With work-from-home orders extended indefinitely, we're dressing for ourselves more than ever before. For too long, many of us only purchased pulled-together, practical pieces we could wear to the office since that was where we spent most of our time. Now, we're purchasing ready-to-wear and accessories simply because they excite us and help bring levity to a heavy year."