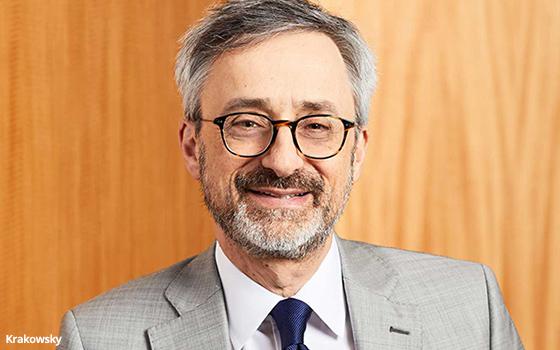 Philippe Krakowsky will have some big shoes to fill when he officially succeeds Michael Roth as CEO at Interpublic Group in January. IPG was in disarray when Roth took over as CEO in 2005. Now the holding company is seen as one of the best performing firms in the industry.

That said, in many ways Krakowsky has already shown that he’s up to the task, which is why he has been named MediaPost’s 2020 Executive of the year. He has worked tirelessly alongside Roth contributing in numerous ways to the company’s turnaround.

Krakowsky, 58, has been the company’s lead strategist since he joined IPG in 2002 (the same year Roth joined the company’s board) and he has worked closely with Roth — who will step up to Executive Chairman in January — to sharpen the company’s offering and go-to-market approach.

That includes playing a key role in designing and implementing the firm’s Open Architecture model that is designed to provide clients access to the best talent and capabilities across the holding company to fulfill their marketing goals. It’s a model that competitors have embraced in one form or another to improve their own positioning.

Krakowsky also gets credit for being the prime architect of the company’s deal to acquire first-party data management firm Acxiom in 2018 and then managing the challenging task of fully integrating the data giant within IPG’s own operations. That task is now complete, according to the company.

Part of that integration involved the development of innovative new platforms like Kinesso and Matterkind that enable holding company units to tap into and activate Acxiom’s data trove. The Acxiom data has also bolstered the firm’s acceleration of ecommerce efforts — vital channels for many clients during the pandemic as home-bound shopper activity soared.

And while he was thinking about how best to fill the company’s need for a world class data management operation he also oversaw the company’s media arm as CEO of Mediabrands from 2016 to 2019. During that time the Mediabrands division — which includes UM and Initiative and an array of specialist agencies — was the largest revenue driver for the company, winning big accounts like American Express and Liberty Mutual among numerous others.

It was during that time that the IPG board was putting together a plan for Roth’s eventual successor. Krakowsky was seen as a contender from early on in the process. His status as frontrunner was confirmed in September of 2019 when he was named IPG’s Chief Operating Officer, a role that hadn’t been filled in about 15 years at the company. In that role he worked with Roth to oversee business operations across IPG with oversight of Mediabrands, Acxiom and a handful of creative and digital agencies including Hill Holliday and R/GA. (Earlier, in 2013 he ran one of the company’s global networks, FCB as interim CEO as the agency transitioned to new management.)

Krakowsky has also overseen the company’s effort to recruit and retain top industry talent as Chief Talent Officer, a role he held concurrently while overseeing strategy. The talent role included oversight of the firm’s efforts to create a more diverse workplace.

And while Roth is credited with transforming the holding company from an also-ran to a competitor at the top of its game, he is also quick to acknowledge Krakowsky’s role in the turnaround.

“Philippe is the right CEO for the next era at IPG,” Roth said when Krakowsky’s promotion was announced in October. “He is a brilliant strategist and effective leader who has played a key role in developing our open architecture client service model, as well as modernizing our data, marketing services and media solutions. Our partnership over the years has been a key factor in our long-term success with both clients and our people.”

Noting their 18-year working relationship at the holding company, Roth added, “I’ve seen firsthand that Philippe is a values-driven leader who is well-positioned to lead IPG and our clients into a new era of marketing. He cares about people and leads with his head and his heart.”

As to his priorities when he officially takes the reins in January, Krakowsky said, “It’s important that we continue to evolve so we’re best positioned to help clients transform their business and thrive in the digital economy. That’s going to require informing everything we do with data, leading strategically with a holistic understanding of audiences, and ultimately bringing together brilliant creative ideas across all disciplines with the benefits of technology.”

Krakowsky added that “We’ll also need to stay consistently focused on the need to operate in ways that promote fairness for the long-term — which clearly has to do with racial and gender equity, supporting our people’s well-being during challenging times such as the pandemic, and promoting strong safety and privacy practices in the work and thinking we put into market with our clients.”