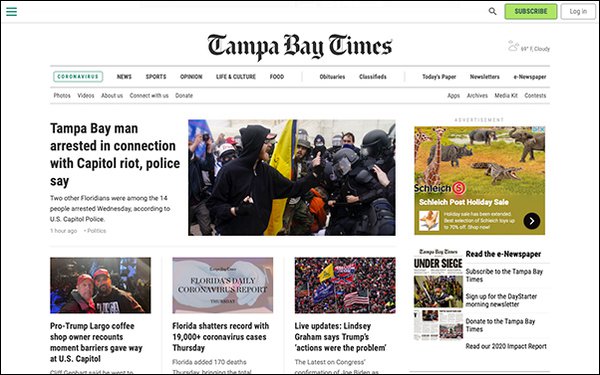 The Tampa Bay Times is closing its 60-year-old printing facility in March.

The printing operations will be outsourced to Gannett, at a facility 60 miles from the paper’s St. Petersburg headquarters, according to reporting by nonprofit media organization Poynter, which owns the newspaper.

As a result, 150 jobs will be eliminated.

The Times also announced it will cut full-time staffers’ pay by 10% for the next six months.

Last April, the Times temporarily got rid of five days of print editions, delivering papers only on Wednesdays and Sundays.

The changes, which were due to declines in ad revenues as a result of the COVID-19 pandemic, will likely become permanent, according to Poynter, as revenues have not yet recovered.

Other metro newspapers have outsourced printing recently, including The Kansas City Star, Miami Herald and The Philadelphia Inquirer, among others.