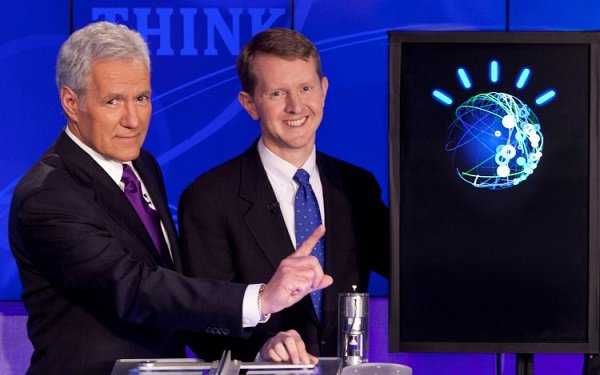 Let this TV Blog serve as an alarm: Our national TV treasure known as “Jeopardy!” is under threat.

The culprits seem to be the team of producers in charge of the show. They seem to have veered off course after the death of beloved, long-time host Alex Trebek in November. And now, they seem to have no plan for steadying the ship here at the outset of the new year.

It is certainly understandable that the close-knit staff of this revered quiz show is no doubt still mourning the loss of Trebek, who was the only host of “Jeopardy!” for 36-plus years right up until his death on November 8.

In the remaining weeks of 2020, tributes too numerous to count poured forth from the news media and social media as Trebek continued to be seen hosting “Jeopardy!” in episodes that he managed to tape right up until a few days before his death.

The tributes even continued into the first week of the new year (Monday, January 4, through Friday, January 8) as the show presented the final five shows Trebek hosted.

After that, a new era for “Jeopardy!” seemed poised to begin on Monday, January 11, when Ken Jennings, the Greatest “Jeopardy!” Winner of All Time, began a guest-hosting stint that seemed to many to be a prelude to his eventually being named as Trebek’s permanent replacement.

Naming Jennings as the new host of “Jeopardy!” is a no-brainer. Other than Trebek himself, Jennings (seen in the photo above with Trebek) is the second-most famous person to ever be associated with "Jeopardy!".

And after watching him host the show for three days so far this week (Monday through Wednesday), it is easy for anyone to see that he is absolutely acing the job. Why not just give it to him and be done with it?

But no. Rather than just name Jennings to the host role, “Jeopardy!” decides instead to offer its loyal audience a parade of celebrity guest-hosts, none of whom seem like real candidates for the job. Nor are any of them better qualified for the job than Ken Jennings in the first place.

For the record, the guest-hosts announced by the show this week are Katie Couric, Green Bay Packers quarterback Aaron Rodgers, “60 Minutes” correspondent Bill Whitaker and actress Mayim Bialik of “Blossom” and “The Big Bang Theory.”

Thus, instead of providing continuity to a show whose audience as well as staff suffered a jarring loss with the death of Trebek, the show is creating discontinuity.

The press release about the guest-hosts did not even say when each of these guest-hosts will be seen, or for how long. The whole guest-host scheme feels like an ill-advised, tone-deaf publicity stunt.

Ill-advised because the last thing a show as popular and well-liked as “Jeopardy!” needs is publicity. And tone-deaf because slotting a group of showboating celebrities into the host role, even temporarily, runs counter to the steady and smart image that “Jeopardy!” has cultivated among its faithful audience for decades.

In addition (and, admittedly, this is awkward to say), the show seems unable to let go of Alex Trebek and his memory. Jennings has invoked Trebek’s name in some context or another on at least the first three shows Jennings hosted this week.

They came at the opening of the shows, when Jennings would make reference to an aspect of the game, or on one occasion, note the closeness of the competition a day earlier, and venture the opinion that Alex would have loved it, or some such.

In fact, in one of his opening remarks, Jennings said something along the lines that Trebek realized better than anyone that the core of “Jeopardy!” is the game itself, and its stars are the contestants -- not the host (or his string of guest-replacements).

An interpretation of that comment would seem to be that Trebek himself would find the continuing mention of his name to be inappropriate and detrimental to the show. And if he were in a position to do so, he himself would ask for it to cease.

The TV Blog had as much respect for Alex Trebek as anyone, but the continued references to him are maudlin and border on unseemly. This is a new year. It is time to start anew.