Fitzco's Fitzgerald Reflects On His Agency's Return To Independence 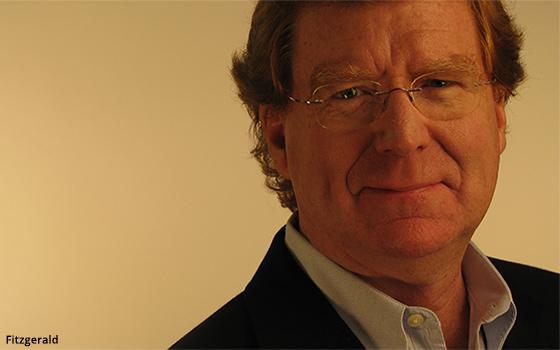 After buying back his agency from Interpublic Group a year ago, Fitzco founder Dave Fitzgerald admits he may not have had the best timing for regaining his impendence.

“I’m not sure I would have bought back the agency had I foreseen a global pandemic and deep global recession,” says Fitzgerald, who returned as CEO of the 70-person shop. “But I am glad I did.”

Since his return, Fitzco has not only retained all of its accounts, it has won media duties for EyeCare Partners; local media responsibilities for Buffalo Wild Wings; digital media for roofing company for GAF; a creative and media project with Mellow Mushroom Pizza; and creative and media projects for Fulton County, which encompasses Atlanta and is the largest county in the State of Georgia.

The company has also added new talent, including James Lau as head of strategy and Pam Vaughan, a long-term Fitzco staffer laid off in 2019, who rejoined in the finance dept. to replace Gwen Cage who retired after 29 years. A total of 16 staffers across disciplines joined Fitzco in 2020.

His agency’s leadership team has also strengthened. He promoted Evan Levy, who was EVP COO, to serve in a newly created role of President and Ryan Boblett, who was SVP Group Creative Director, became Head of Creative.

Back in the day, for example, the saying was “quality, speed, price – pick two,” he says. “Now, you have to do all three at once. The work has to be well executed, strategically sound, produced quickly for a value-ladened price. This process is something we work on every day.”

There have been some surprises with his second go-around. For instance, Fitzgerald confesses he was originally not a fan of working remotely. “If you asked me on Mar. 1, 2020, if advertising could be done remotely, I would have said, ‘Of course not,’” he says. “I’m amazed at how our folks have managed to do the things they’ve done without sitting in the same space.”

At the same time, he believes this disconnection makes collaboration more challenging. “It’s much more difficult. The decks are harder to put together,” he states. “But you can do this work remotely.”

He has also become more “empathetic and grateful.” Although Fitzco did not have any layoffs or furloughs, many of its team members’ partners and other family members have lost jobs or faced serious life challenges.

“And all of this is happening in an environment featuring a bad economy, tribalism, civic unrest, and a once-in-a-century plague,” he says.

Fitzgerald has simple advice to those leaders who may be under a holding company and want to retain ownership. “Follow your heart,” he says.