As Dining Preferences Shift, Denny's Will Roll Out Virtual Concepts 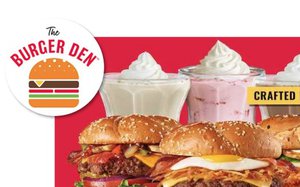 One year ago, the top three things that consumers craved from restaurants were eco-friendly packaging, plant-based proteins and delivery-friendly items, according to a National Restaurant Association survey of 600 chefs.

When the NRA recently asked 1,000 U.S. adults what they now want from restaurants, last year’s choices had yielded to items like takeout orders in the form of blended/bundled meals, along with meal kits and subscription meal services.

Just what is the blended meal? “Homebound, customers like to mix up meals—maybe make the main dish but order appetizers, sides or dessert from a restaurant,” the NRA’s 2021 Top Restaurant Trends says. “Millennials are especially big fans of the blended meal.”

For those who don’t want to cook, “Customers’ restaurant choices can be influenced by the offer of a bundled meal that perhaps includes an appetizer, entrée and dessert in either family packs or for individual meals.”

More than half of consumers surveyed said they’d sign up to get discounted meals via subscription service for pickup or delivery “if their favorite places offered this option.”

According to consumer research provider The Hartman Group, the cook-at-home trend spurred by the pandemic peaked a few months ago as people became cooking-fatigued and comfortable with sourcing food from restaurants.

Hartman found that by the fall of 2020, 25% of eating occasions either had taken place at a restaurant or had been sourced from one—pretty much the same as a year earlier. That marked a rebound from 17% in the spring of 2020.

Even though independent, full-service eateries have taken the brunt of the pandemic’s impact, casual and fast-casual chains continue to seek ways to grow market share while satisfying consumer demand—among them so-called virtual brands.

The latest is Denny’s, whose same-store sales plummeted 76% last April and had recovered to -41% last month.

In an investor presentation last week, Denny’s said it’s focusing on burgers and sandwiches, respectively, for its new The Burger Den and The Melt Down virtual brands, whose menu items are available only via delivery.

According to Denny’s CEO John Miller, more than half of the chain’s approximately 1,500 U.S. restaurants have signed on for The Burger Den rollout that will start next month. The virtual brand—available on delivery services Postmates, DoorDash and Uber Eats—is up and running in Arizona and California.

“Test results have been favorable and suggest a high degree of incremental transactions,” Miller explained.

Denny’s began The Melt Down concept at 23 of its locations in an exclusive test with DoorDash. It’s now live at certain locations in California, Florida, Nevada and Texas.

According to Miller, The Melt Down will be available at more than 50% of Denny’s U.S. restaurants in the spring.