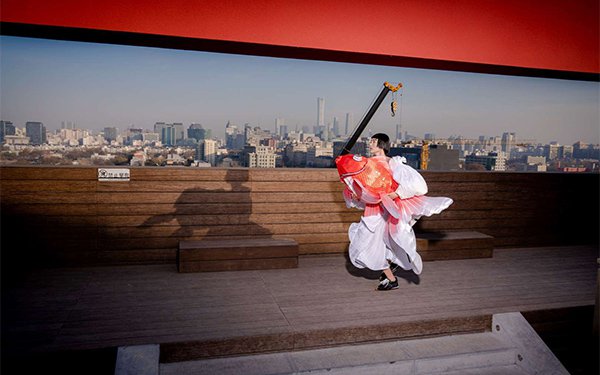 Condé Nast's Vogue will devote its March issue to the theme of "creativity" in all 27 editions worldwide. Its celebration of the artistic spirit marks the second time the influential fashion magazine has shared a theme after September's "hope" issue.

The upbeat issue explores the idea that "times of hardship often give way to a renaissance of sorts as people seek out new solutions to both the new and preexisting challenges," according to an announcement on Vogue's website.
“With so many reasons to be optimistic about a brighter future, Vogue thought what better way to celebrate than to focus on creatives all across the globe," stated Anna Wintour, editor-in-chief and global editorial director of Vogue and global Chief Content Officer of Condé Nast..
The optimistic theme comes as the biggest vaccination program in history lifts hopes the coronavirus pandemic will begin to subside. Widespread inoculations would save thousands of lives and support a stronger economic recovery.
Vogue's "creativity" issues will highlight "some of the fashion industry’s biggest names" and "the brightest young stars in fashion, music, art and film," according to an announcement. The special issues will be available throughout February and March, starting with British Vogue on Feb. 5.
Vogue reaches an audience of more than 277 million globally among various media channels including print, digital, video, audio and social. Vogue Scandinavia will launch this year, raising the number of global editions to 28. American Vogue's website had more than 14 million unique visitors in December.