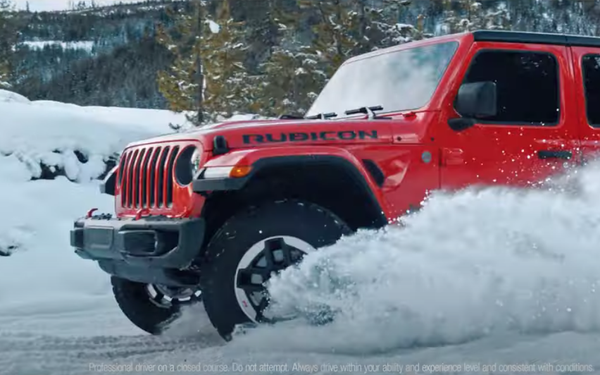 Jeep is partnering with ESPN for its 18th year as the exclusive automotive sponsor of the X Games Aspen 2021.

The activation includes a 30-second television and digital spot, “Couldn’t,” created by HighDive, which will run on Jeep YouTube channel and during the four days of TV on ESPN channels.

With X Games unable to host spectators on-site in Aspen, this year’s virtual X Fest will instead bring the fan experience into homes around the globe.

The winter event provides the Jeep brand with an “authentic venue to engage with sports and like-minded outdoor enthusiasts who enjoy action and adventure,” says Jim Morrison, head of Jeep Brand, North America.

"Fueling the Jeep brand’s longstanding relationship with the X Games is a shared core consumer audience whose passion for adventure and freedom cannot be defined by boundaries,” Morrison tells Marketing Daily.

Upon entering the virtual X Fest, fans can customize their own avatar and explore the base of the mountain filled with experiences and a music stage.

Elements featured as part of sponsor packages include signage across all event competitions, virtual X Fest activations, content creation and rights to the official marks and logos. Sponsors will also have a media presence during the X Games telecasts, as well as prominent positions across X Games social media platforms.

ESPN, ABC and ESPN2 will televise a combined 13.5 hours of live X Games Aspen competition, which will also be accessible via the ESPN App to viewers who receive their video subscription from an affiliated provider.

In addition, four hours of exclusive coverage of X Games Aspen 2021 will be streamed on the @XGames YouTube, Facebook and Twitter pages. Coverage will also be featured across XGames.com, the X Games Aspen App and @XGames on Instagram and Snapchat.

Jeep is part of Stellantis, which was created when Fiat Chrysler Automobiles and Groupe PSA merged on Jan. 16.