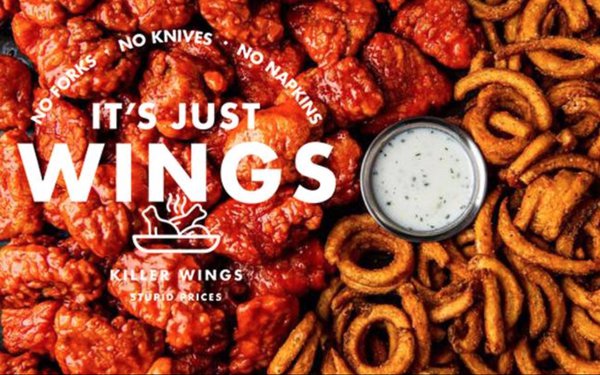 Expecting to exceed $150 million in first-year revenue from It’s Just Wings, Brinker International wants to expand the virtual restaurant brand beyond a delivery deal with DoorDash to include pickup at Chili’s and Maggiano’s.

And based on what it’s learned from It’s Just Wings operations so far, Brinker hasn’t ruled out launching a second virtual brand.

“We believe there is significant upside. So we are focused on building it into a strong, sustainable brand,” Brinker president and CEO Wyman Roberts said of It’s Just Wings during a Q2 earnings call with financial analysts last week.

Brinker launched It’s Just Wings—whose chicken, fries and dessert are prepared in Chili’s and Maggiano’s kitchens—for delivery by DoorDash at more than 1,000 locations in June of 2020 to help grow revenue as COVID-19 flattened casual dining traffic.

“The beauty of the brand so far it is fairly incremental guests to us, [since] it doesn’t just overlay with the Chili’s guests,” Roberts said.

Because Brinker hasn’t put a big consumer marketing push behind It’s Just Wings, people tend to hear about it through the DoorDash app and word of mouth.

“We know you can’t eat a commercial, so we don’t pay for them,” boasts the It’s Just Wings website. “We’re not even going to pay some influencer to go on Instagram and tell you how ‘genuinely’ they love these wings.”

“They don’t share individual guests’ contact information,” he added. “We are working with them to be more aggressive and to partner at a higher level with regard to trading loyalty data—or at least giving guests the opportunity to become Chili’s loyalty guests through the DoorDash app.”

One stumbling block to maximizing Brinker’s single-channel approach to the virtual space is that people who use DoorDash are usually looking for delivery, rather than pick-up.

But “We have some guests today who are in the DoorDash world that choose to pick it up,” said Roberts.

In fact, at Brinker locations, pickup orders outnumber takeout by two to one, so any increase in the latter represents revenue growth.

“So the takeout guest is a broader category than the delivery guests in our broader world,” said Roberts.

Based on what it's learned from It’s Just Wings, Brinker “will move strategically to launch another virtual brand," he added. "I anticipate that by the end of this fiscal year, we will have a clear line of sight and be able to share more details with you.”

As of Jan. 20, approximately 82% of Chili's and 69% of Maggiano's restaurants were operating, with open dining rooms.