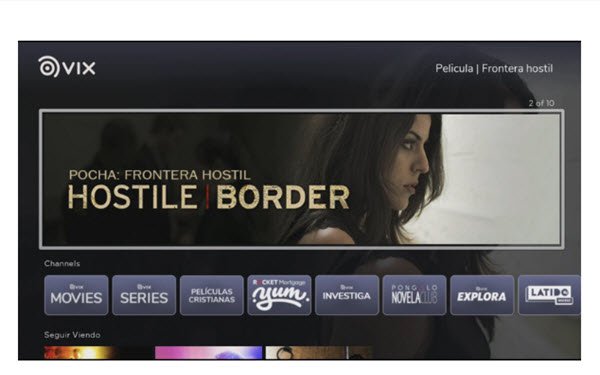 To jump-start its recently announced plan to create the “only ad-supported video streaming service created exclusively for U.S. Hispanics,” dubbed PrendeTV, Univision is absorbing what would have been a competitor.

Univision has acquired VIX, the leading existing AVOD serving both U.S. Hispanics and consumers throughout Latin America. Terms of the deal were not disclosed.

VIX, which will be integrated into PrendeTV in the U.S., is now distributed by more than 30 mobile and connected TV platforms (including Roku, Apple TV, Fire TV and Android TV) and has a content library of 20,000 hours of free Spanish-language film and TV programming.

Together, PrendeTV and VIX will offer more than 30,000 hours of content.

“VIX’s team, content library and distribution capabilities throughout the Americas immediately positions PrendeTV to lead in free, premium Spanish-language video streaming for U.S. Hispanics and gives our advertising partners a new way to reach audiences at scale through a platform specifically designed for Hispanic consumers,” said Pierluigi Gazzolo, president and chief transformation officer at Univision, in the announcement.

VIX CEO Rafael Urbina will continue in that position and also serve as Univision general manager and executive vice president of AVOD streaming. He will report to Univision Chief Digital Officer Sameer Deen.