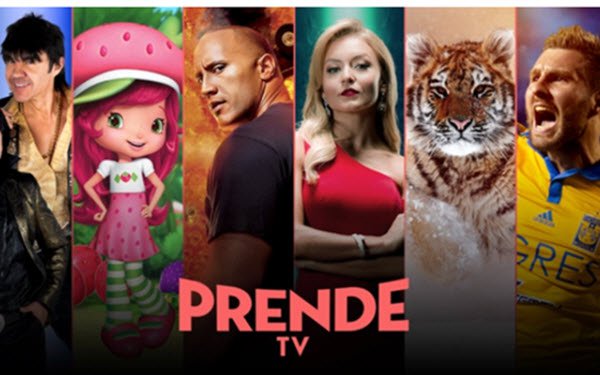 The company’s development of such a service had been reported previously, but not confirmed by Univision.

PrendeTV, which will launch with more than 30 channels and 10,000 hours of video-on-demand programming from global content partners, will be “unlike anything our audience has access to today and will completely change the landscape for video streaming in Spanish-language media in the United States,” Univision’s new CEO, Wade Davis, said in announcing the launch.

The platform will allow viewers to access content via an all-Spanish-language channels-based program guide or on-demand library menu, with no log-in requirements and limited commercial breaks.

The company has not yet announced advertising or distribution partners, but said the service will be available at launch via Prende.TV on desktop and mobile web, and via free mobile and connected TV apps.

“PrendeTV is an important, early step in Univision’s broader efforts to build the same leadership position we have in Spanish-language TV, in the emerging Spanish-language streaming space,” Davis added. Univision is “focused on bringing new ways for our advertisers to reach the U.S. Hispanic audience and, importantly, PrendeTV will be a critical part of our strategy to grow the scope of our business partnerships with our key distributors.”

According to Nielsen data, compared to non-Hispanics, the U.S. Hispanic audience over-indexes on ownership of internet-connected devices and smart TVs, as well as consumption of streaming content.

On Monday, the new owners announced a new management lineup, including hiring Donna Speciale, formerly head of advertising sales for WarnerMedia, as president of ad sales and marketing.