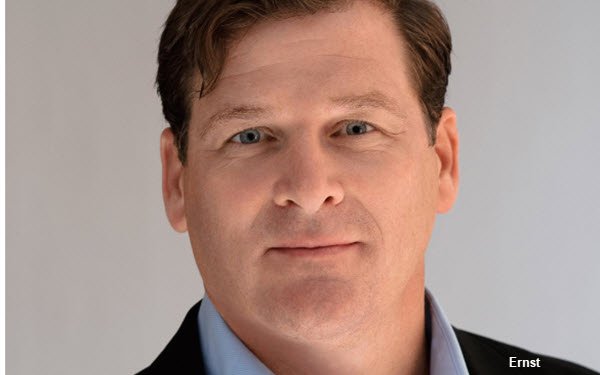 Tubular, which is adding more platforms, tapped Ernst to accelerate its global growth.

Ernst most recently served as CEO of Tokyo-based global market research business Macromill. In 2017, he led the company through an IPO with a $1 billion-plus enterprise value.

Previously, as a member of the founding management team of digital marketing and measurement agency Compete, he helped drive its 2008 acquisition by WPP’s Kantar. He stayed on to oversee the growth of the agency, rebranded as Millward Brown Digital, to more than $100 million in revenue.

Ernst says he believes that Tubular’s audience ratings product can be a catalyst for increased brand spending in digital video, and that the company is positioned to become a global measurement authority.

“There is not a brand in the world that doesn't want to understand the true reach and audience quality of what they’re buying in online video, so we'll be approaching all big-picture planning through a global lens,” Ernst tells Digital News Daily.

Tubular Labs has a foothold in key regions across the globe, with particularly strong product adoption of the company's legacy video content intelligence platform in the Americas, EMEA and APAC, he says.

Now, the new audience ratings product “needs to be introduced to Tubular’s legacy customers on the media side and new prospects on the advertiser side, as well as to an entirely new marketplace of media, agencies and brands in new regions across the globe.”

Once the pandemic is under control, Ernst plans to travel to markets targeted for launches of the product, including the U.K., France, Germany, Kyiv, Singapore and Tokyo, he reports.