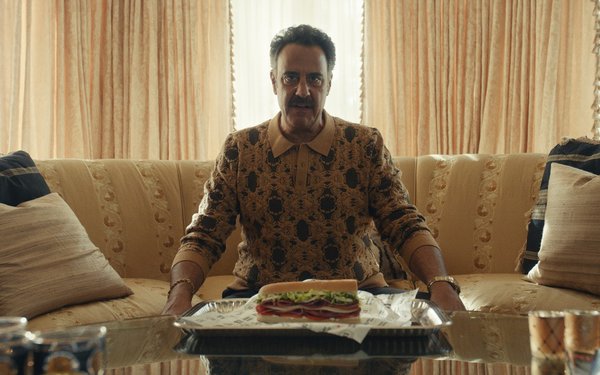 It's the frenzied countdown to Game Day, and more brands are releasing their Super Bowl spots. Jimmy John's, McDonald's, Skechers and Robinhood are the latest, trying to thread the needle: releasing ads early enough to still build a little pre-game buzz, but not so early they got lost in the Super Bowl shuffle.

Jimmy John's spot uses a familiar storyline: a corrupt Tony Bolognavich, the King of Cold Cuts, battles a high-quality competitor. With visuals as rich as in “Scarface,” it stars the reliably hilarious Brad Garrett, known for an iconic role on "Everybody Loves Raymond."  The nearly two-minute spot is running digitally, and a 60-second version is airing in select markets, including Chicago, Detroit, Minneapolis, Grand Rapids, St. Louis and Omaha.

The 30-second version is scheduled to air in Super Bowl's second quarter.

It's the first Super Bowl appearance for the sandwich chain, owned by Inspire Brands, the Georgia-based company that also owns Dunkin', Arby's and Baskin-Robbins.

McDonald's is running a spot this year, too, an upbeat musical tribute to what car singing sounds like to its drive-thru teams.

"Thank You for Driving Thru," scheduled to air shortly before kickoff, mashes up some hits, a reminder that while people spent much of the last year apart, "we were still kind of doing it together," it says in its release.

Wieden + Kennedy New York created the ad, which includes snippets of J. Balvin's "Mi Gente," Celine Dion's "All Coming Back To Me Now," Alicia Keys' "Girl on Fire" and The Proclaimers' "500 Miles."

Skechers is also heading back to the Super Bowl, running a spot that stars spokesman Tony Romo and wife Candice Crawford. The ad focuses on the extra cushioning in its shoes, all part of that extra-large Romo lifestyle.

And in what's likely to be one of the more controversial moments of the game, investing app Robinhood is running its first-ever Super Bowl spot.

The creative itself, called "We are all investors," is innocuous enough. But it's likely to trigger angry outbursts and viewer rage.

In an epic brand meltdown,  Robinhood shut down trading of GameStop during the recent frenzy over investors trading it so heavily. (Things got so bad Robinhood had to scramble for an additional $3.4 billion in funding.)

Customers are so furious that they are said to be lining up for a class-action lawsuit by "the tens of thousands," reports WABC. And various attorneys general and some senators are calling for an investigation.

How mad are they? Some are even trying to raise money for a long shot: They're looking to get $6 million through a GoFundMe effort to buy their own Super Bowl ad just to tell Robinhood off.