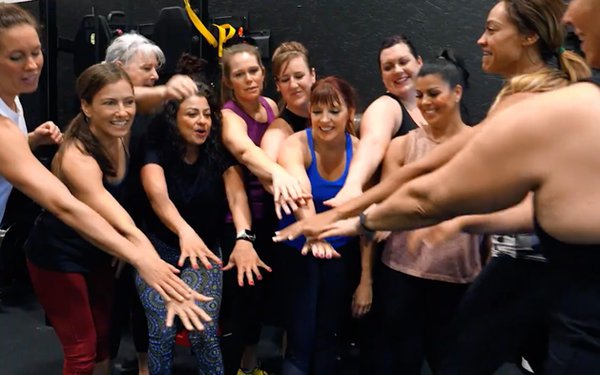 In the lead-up to Women’s History Month, agencies are launching empowerment-themed programs that showcase glass-ceiling breakers, advocacy projects and more.

Situated at the Lincoln Memorial a portrait of Harris was created by artist Simon Berger (based on a photo by Celeste Sloman) that uses a one-of-a-kind broken glass medium to symbolize Harris’ glass-shattering achievement.

Similarly, She Should Run is hoping more women follow in the path of Harris and female politicians with the “Change is Her(e)” campaign encouraging more women to run for office.

Created in partnership with BBDO New York, the new campaign targets women who already contribute to their communities to inspire such women to run for public office “because anyone who cares enough about others and society has what it takes to run.”
The campaign includes a series of films featuring real life activists and a social media UGC campaign taps influencers to rally people to nominate the female change-makers around them.

No7 is seeking to bring awareness to the economic downturn where job and income losses are disproportionately affecting women through the “Unstoppable Together” movement.

The beauty brand teamed with the WPP WBA team in partnership with Berlin Cameron, VMLY&R and DeVries for a female-produced brand film that reimagines the classic anthem “What’s going on,” performed by Ruby Amanfu. The film features a mural created by artist Sydney G. James to serve as a storytelling thread to convey the message of women’s unstoppable resilience.

In keeping with the brand mission, 90% of the entire film production crew was female and the extras are all women who have been impacted by what some are calling a pandemic induced “SHEcession.”

The brand will extend the conversation online and across social media. To that end, some of the extras shown in the film will be featured in No7’s Real Women Stories, running across social channels.

No7 will also host the Unstoppable Together Job Summit, in partnerships with Fortune, Hello Sunshine and The Female Quotient on February 24. This four-hour event will hear from thought leaders including Maria Shriver, Tamron Hall, Kate Walsh, and Arianna Huffington. In addition, No7 is offering some $100K worth of free coaching sessions from The Female Quotient to prep women with interview and networking skills, among others.

Those interested in applying or nominating someone for this 2021 Women of Impact Award are invited to complete a 300-word entry about the impact nominees have had in their career, community and organization. Nominations are accepted through Friday, Feb. 19.  A team at Motion will select three finalists to be announced on Wednesday, Feb. 24.

The winner will be announced on Monday, March 8 in a recorded, virtual event and Motion will donate $1,000 to a local female organization on behalf of the honoree.