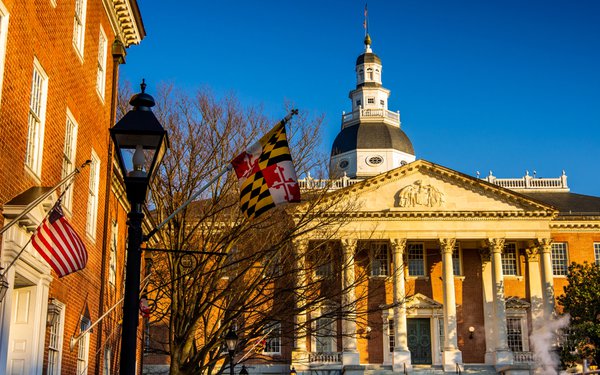 The first-of-a-kind law (HB 732), which was passed last year but quickly vetoed by Hogan, imposes taxes on companies that have more than $100 million in digital ad revenue. Rates vary 2.5% to 10% of revenue attributable to Maryland, with the percentage tied to global revenue.

Companies earning between $100 million and $1 billion in digital ad revenue globally will be taxed at the 2.5% rate, while those taking in more than $15 billion will be assessed at the 10% rate.

A host of media and advertising organizations opposed the measure, which is expected to generate $250 million in revenue for the state.

On Thursday, the Silicon Valley lobbying group Internet Association stated that the measure will harm businesses struggling during the pandemic.

“Digital advertising is a critical lifeline for myriad small businesses and nonprofits throughout Maryland who rely on affordable internet services like these to attract and keep new customers,” the group stated. “Voting to raise taxes in this manner, during a pandemic, is tone deaf to the legitimate concerns raised by thousands of Marylanders.”

The Association of National Advertisers said Friday it anticipates the law will be struck down in court.

“ANA believes that Maryland deserves far better than the highly negative commercial environment that this law would create, and we intend to continue to fight against this misguided bill,” the organization stated.

The group argues the measure violates the federal Internet Tax Freedom Act, which bars taxes that discriminate against online commerce, and that it's unconstitutional -- in part, because it assesses a tax rate based on activity that occurs outside the state. That structure violates a provision in the constitution that prohibits one state from attempting to regulate activity occurring in other states, according to the ANA and other opponents.