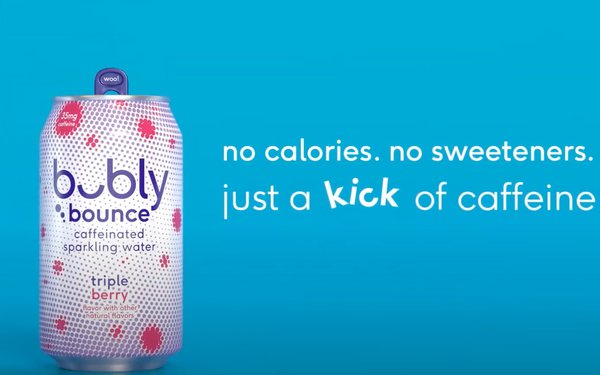 In this 30-second spot from TBWA\Chiat\Day New York, a female security guard discovers Bublé sitting in a dark Bubly warehouse fixing yet another “typo” on cans of a product whose name has long been misspelled and pronounced incorrectly—or so Bublé thinks.

Only after the guard turns on the lights does Bublé discover the existence of Bubly Bounce.

“Kick of caffeine. Just what I needed to fix all these,” says Bublé.

When he asks whether the new drink should be spoken “boun-SAY” the guard declares, “It’s not how it’s pronounced” before shutting off the lights and walking away.

As for the caffeine kick, Harris adds, “We know that function and functional benefits are something that consumers are looking for. And we know that caffeine is on the top of that list.”

Bubly’s bond with “all flavors” was one of its early links to the LGBTQ+ community. This year, the brand will be the official non-alcoholic beverage of the reality competition television series “RuPaul’s Drag Race” for the second time.

“We’ll have a strong integration with that,” says Harris. “We know that drag queens, as they’re competing, need an extra kick of caffeine—and Bubly Bounce is there for them.”